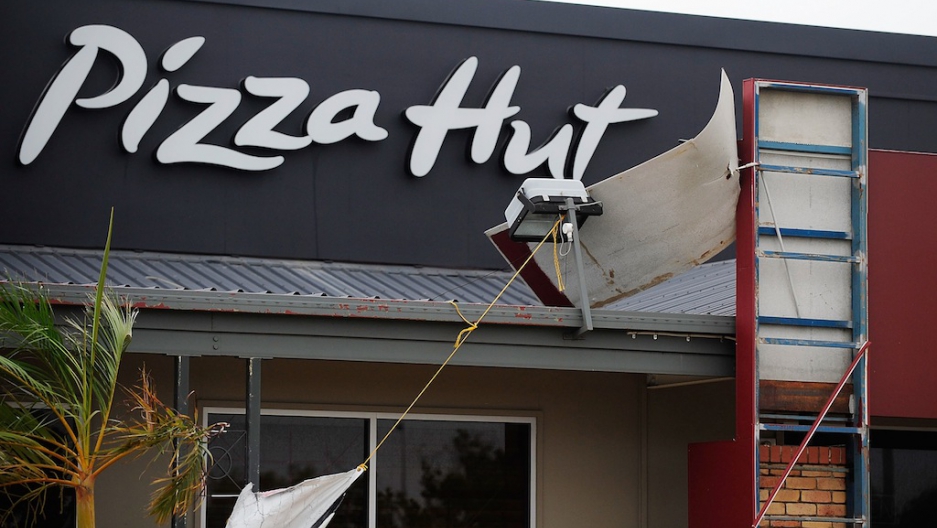 In a victory for social media, a Pizza Hut manager who claimed he was fired for refusing to work on Thanksgiving was offered his job back Thursday after bloggers lambasted the fast-food chain.

Tony Rohr, 28, said Wednesday he was given his marching orders after he refused to open the restaurant in Elkhart, Indiana, on the holiday. A regional manager for the fast-food chain said Rohr quit.

"They just said it was a competitive decision and that everyone was open, so we will be too," Rohr was quoted as saying.

"I said, 'Why can't we be the company that stands up and says we care about our employees, and let them have the day off?'"

The story resonated with Internet users. Nearly 4,000 messages were posted on Pizza Hut’s Facebook page, many of them critical of the company over the handling of the incident.

“You have lost me as a patron and I am letting everyone I know on Facebook. You are finished!” David Hale wrote.

Carla King echoed his sentiments. “I may be one person and I more than likely will not make a difference, but at least I know I stand up for what I believe in!”

And this from Billiam van Roestenberg: “I am sorry to say that after being a customer for 40 YEARS I will never order from pizza hut again."

Pizza Hut said in a statement on Wednesday that it was “very upset” about what had happened at the Elkhart restaurant and promised to “monitor and evaluate” the situation.

Less than 24 hours later the company issued an update on Facebook saying Rohr had been offered his job back.

“We fully respect an employee’s right to not work on a holiday, which is why the vast majority of Pizza Huts in America are closed on Thanksgiving,” Pizza Hut said.

“As a result, we strongly recommended that the local franchisee reinstate the store manager and they have agreed. We look forward to them welcoming Tony back to the team.”

The statement had attracted nearly 4,000 likes by midday.

Rohr has yet to say publicly if he will return to the restaurant.

[View the story "Pizza Hut manager offered his job back ..." on Storify]