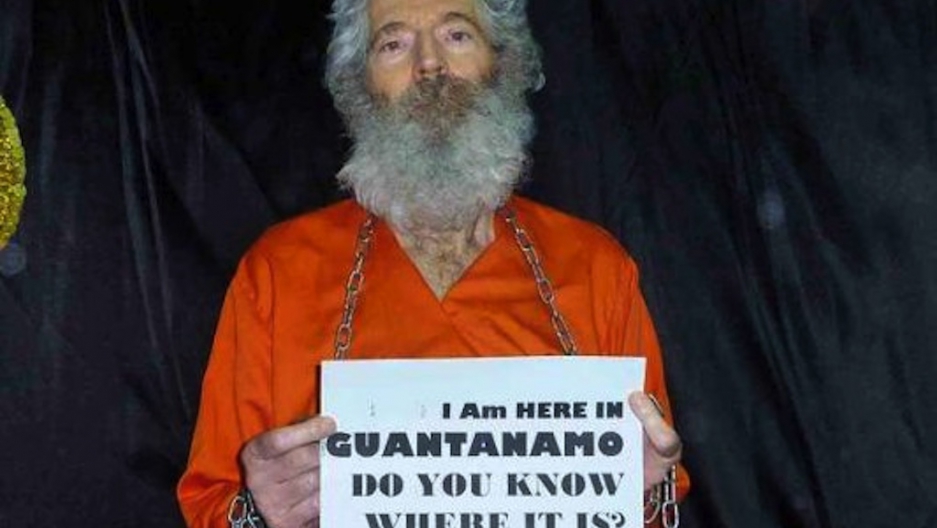 One of the five photos of missing FBI agent Robert Levinson. His family released the pictures on Tuesday.
Credit: Screengrab
Share

The United States government has asked Iran for help locating former FBI agent Robert Levinson, who disappeared in Iran in 2007 and is now the longest-held US hostage in a foreign country.

As of Tuesday, Levinson has been in captivity for 2,454 days, longer than Associated Press bureau chief Terry Anderson, who was held hostage in Beirut from 1985 to 1991.

Levinson’s family received a video of him in 2010 and photos of him from a Pakistani IP address in 2011, but his location and the identity of his captors are not known.

The US has also requested the return of two US citizens known to be detained in Iran – Saeed Abedini, a US pastor from Boise, Idaho, and Amir Hekmati, a former US marine.

“The US government has made a respectful request of the Iranian regime during this holiday season to consider on humanitarian grounds releasing these three Americans, or at least releasing the two Americans we know are detained and locating the whereabouts of the third, Mr. Levinson,” White House spokesman Josh Earnest said Tuesday.