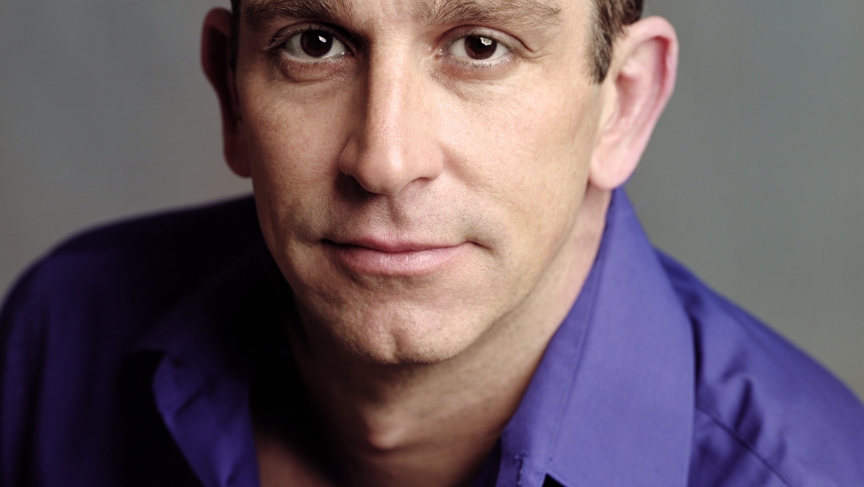 Inaugural poet Richard Blanco grew up in a Cuban-American household, longing for the sorts of Thanksgivings he saw on television.

He was fixated on a fairy-tale version of the holiday, he says, with "the kind-hearted Pilgrims and their gold-buckled shoes."

But his immigrant family wasn't quite on board. Turkey and pumpkin weren't on the menu.

"It's just one of those instances where there's an adopted tradition, but we don't know quite how to handle it," Blanco says.  "Like my mother calls it  'San Giving,' like San Pedro, San Ignacio. In Miami, Thanksgiving is a saint's day."

Those sorts of childhood reflections infuse Blanco's poetry and have stood him in good stead. This year, he was chosen as the poet for Barack Obama's second inauguration.

He describes himself as "the youngest, first openly gay, immigrant, Latino, inaugural poet." And he's just written a new book: For All Of Us, One Today: An Inaugural Poet's Journey.

In this memoir, Blanco grapples with the multicultural face of his adopted home. It's a theme that also runs through his poem América, which details his family's tentative embrace of the Thanksgiving holiday.

"Abuelita prepared the poor fowl as if committing an act of treason, faking her enthusiasm for my sake," Blanco writes. "I uttered a bilingual blessing and the turkey was passed around like a game of Russian Roulette."

It's been a few decades since Blanco's family prepared their first Thanksgiving meal, but he admits his mother still can't get enthused about serving turkey.

"Even last Thanksgiving, as I was leaving my mom's house, she pulls a pork roast out of the oven," Blanco says. "And I asked her, 'Why do you have that, why did you make that?' And she says, 'Just in case!'"