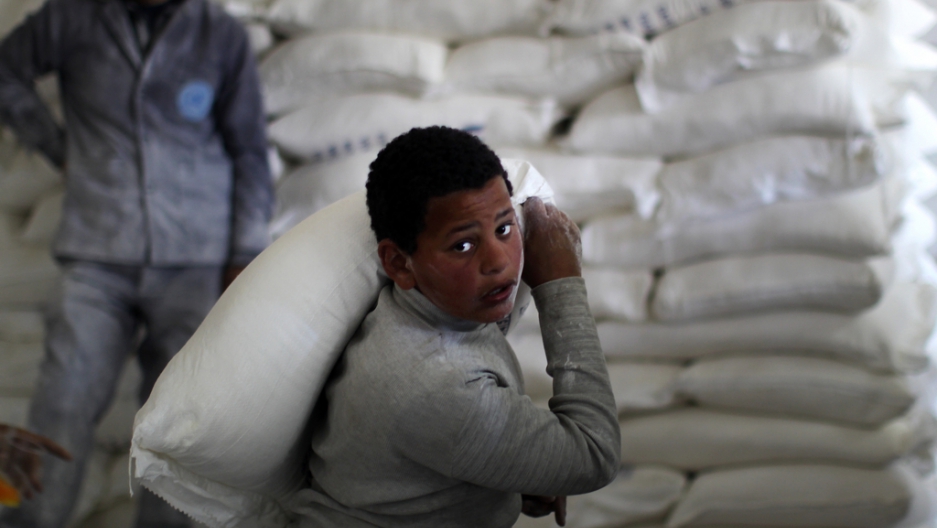 Between 2010 and 2012, according to the UN Food and Agriculture Organization, 870 million people weren't able to eat enough to satisfy their bodies’ daily requirement of energy.

Many of us will sit around large tables, eating too much, drinking too much, and avoiding conversations about religion or politics. Someone will fall into a tryptophan coma. Someone might joke that we should clear our plates because people are starving in Africa. We are thankful for the 4,500 calories in our bellies. It’s time to watch professional sports on TV.

Meanwhile, people really are starving all around the world. And it’s worth remembering it on a day of gluttonous food consumption followed by another day — Black Friday — of gluttonous material consumption. Even in the United States, where food assistance programs are being cut, food pantries and charity Thanksgiving meals will be packed this Thursday.

Elsewhere around the globe, things are much, much worse. While the average American consumes 4,500 calories this Thanksgiving, people in these 15 countries will consume less than half of that amount, if they are lucky, and much, much less if they are not.

Additional categories include: the percentage of a country's population that is undernourished; the country's calorie deficit, or the daily number of calories that each undernourished person would need to eat to become nourished; and the Global Hunger Index ranking, which uses a combination of metrics to rank at-risk countries from 1 to 78, with 78 being the most at-risk country.

These are the hungriest countries in the world.

Residents drying crops outside their homes at a collective farm in North Korea. (Ian Timberlake/Getty Images)

Napolos Esho sun-dries the remainder of her maize after her crop was destroyed by elephants near Narok, Kenya. (Getty Images)

Displaced People at a food distribution center near Goma on May 25, 2013. (Junior D. Kannah/Getty Images)

A child sells peanuts on Oct. 22, 2013 in a street of Antananarivo, Madagascar. (Stephane de Sakutin/Getty Images)

A boy holds a plate as pupils line up for school lunch in Bulembu, Swaziland. (Stephane de Sakutin/Getty Images)

A young Palestinian boy takes bags of food aid from the United Nations in the Gaza Strip. (Mahmud Hams/Getty Images)

Add those countries to the 15 listed here, and you've got the 28 hungriest countries on Earth.