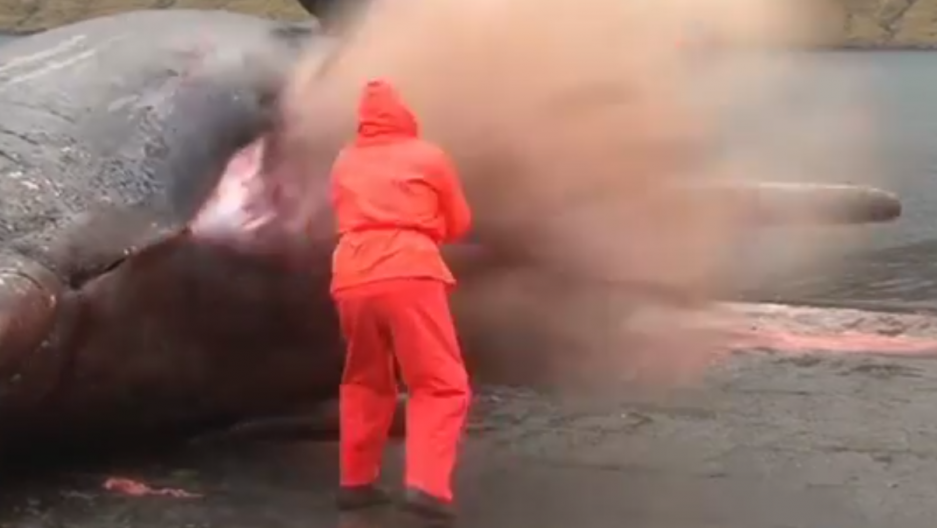 A video of a beached whale in the Faroe Islands exploded all over the internet this week in gory and gushing mess.

The stomach of the sperm whale, which had died of natural causes, was being cut open by a marine biologist and suddenly burst, giving the man a scare - and the internet a new viral video.

The carcass detonated like a bomb, firing blood, organs and trapped gas into the air.

Bjarni Mikkelsen, a marine biologist at the National Museum of the Faroe Islands, ran for his life, having nearly been swept away by the deluge.

The explosion was likely caused by a build-up of methane during the putrefaction process.

“The animal was more than two days old when we took it so we knew there would be some pressure on the inside, but nothing like what happened,” Mikkelsen told the Daily Mail.

The Faroe Islands are about 150 miles north of Scotland. It is governed by Denmark.