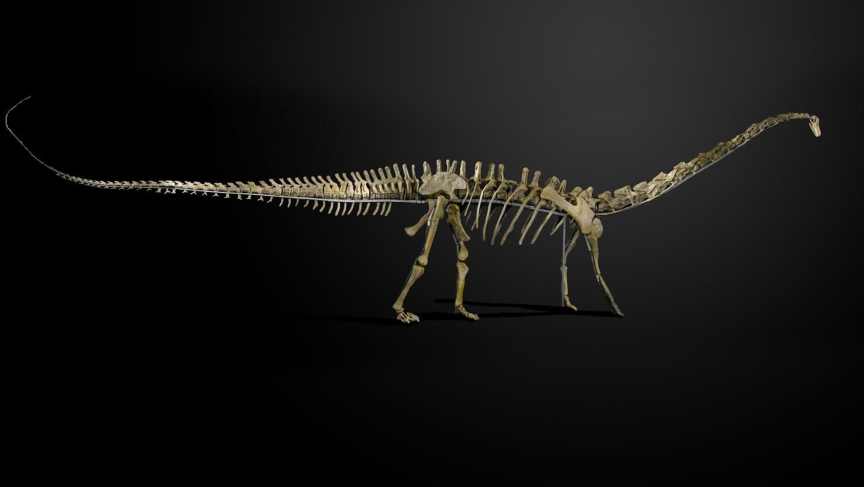 A 60-foot-long dinosaur went up for auction in Britain on Wednesday. Her name is Misty and she's a diplodocus fossil with a long neck and a whip-like tail.

Misty roamed the earth during the late Jurassic period. And her bones were discovered in Wyoming in 2009 by German palaeontologist Raimund Albersdoerfer.

Albersdoerfer's young sons were playing near their father's dig when they found a pile of bones at a site called Mystery Quarry. And the pile of bones, when reconstructed, became Misty.

The dinosaur won't be kept in a barn. The anonymous winning bidder has promised to put Misty on public display.