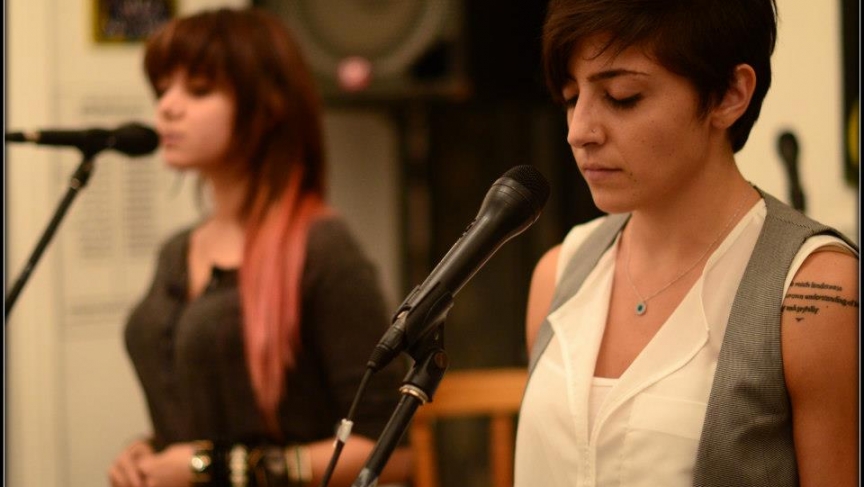 Aysha el-Shamayleh reading one of her poems.

Aysha el-Shamayleh was born and raised in Jordan, then came to the US to study at the University of Pennsylvania.

"I was very heavily involved in the spoken word scene in the US and and I slammed for three years," she says. She went on to win two national collegiate titles and was a world youth slam finalist.

That all came to an end, though, when she graduated and went back to Jordan. There, she says, no one knew about slam poetry. So she decided to introduce it, since it had meant so much to her.

"Being introduced to spoken word poetry was very empowering for me. It gave me a voice that I had never known I had," she says.

The honesty of it was new to Jordan, and risky, especially as a woman doing poetry in English. El-Shamayleh says her poetry also touched on very personal topics, like sexual harassment and domestic violence.

She formed a slam poetry group in Amman to share it with other youth. And the response has been positive so far. But she's increasingly nervous at every event she puts on.

The Jordanian government is worried about the Arab Spring arriving in the country, and el-Shamayleh says there has been a lot of "state-sponsored censorship." She says her friends and other poets have been questioned by the state intelligence agency and their notebooks have been torn apart.

"Every time I do a show, I am very scared about getting caught by the government, because we always have people from intelligence recording everything on their phones," she says.

But that hasn't stopped her.

"If I'm going to let my fear take away my voice, then that's useless," she says. "I don't think I'm going to lead a revolution, but I think maybe if a couple of people in my generation start talking about what needs to happen, then that's a little contribution I can make."