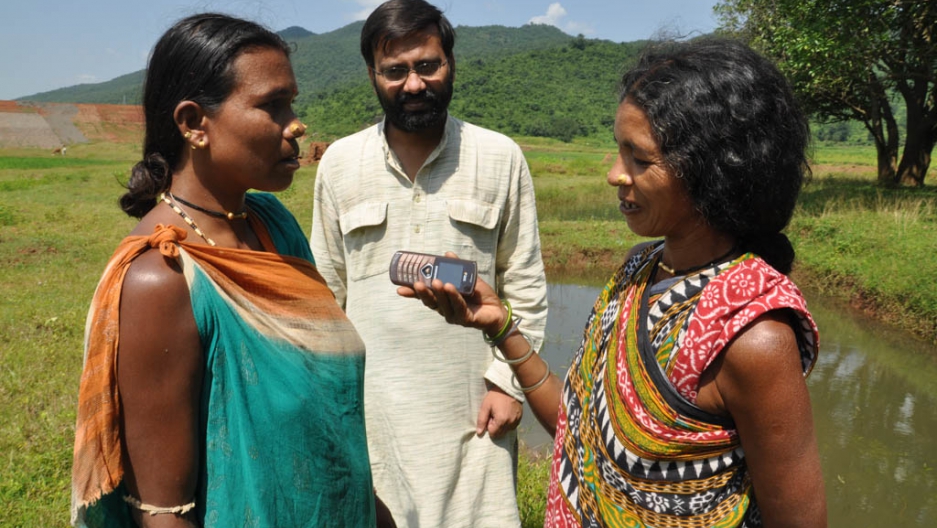 Almost a year has passed since the Delhi gang rape turned the world’s attention to the treatment of women in India.

The Dec. 16 rape and subsequent death of the 23-year-old physiotherapy student was covered widely by international news outlets and spread quickly over social media, mobilizing Indians to take to the streets in protest. In response, the government swiftly convicted the rapists and passed an anti-rape bill that imposes harsher punishments on sexual offenders—a set of efficient, rapid-fire actions that may have been influenced by the degree of attention the case received.

Many cases, however, are still going unreported by the media and unprosecuted by the courts. In 2012, 600 rapes were reported in Delhi and only one led to a conviction. According to India’s National Crime Records Bureau, the number of reported rapes is increasing every year, yet the majority of these cases get mired in an inefficient and overburdened court system. Victims rarely see justice.

Shubhranshu Choudhary, a former BBC journalist, said the media has an important role to play in directing public and government attention to problems that go unnoticed. Choudhary, who has been fighting for over a decade to democratize Indian media, said he believes outlets are still failing to report on issues facing marginalized communities. Women, Choudhary said, are now turning to citizen journalism to reduce the coverage gap.

In order for callers not to incur expense, they need only leave a missed call and Swara calls them back. Once recorded, editors listen to the reports, crosscheck the accounts and identify which stories will be broadcast on Swara’s website or hotline.

“The technology itself is rather simple,” said Thies. “What is complex about this endeavor is the editorial process, which involves training a team of editors to go through the volume of incoming reports.”

The organization receives 400 calls each day. Last month, Choudhary organized a women’s training workshop in which 90 women learned how to report more effectively.

Some of the stories are impacting the community tangibly and immediately. This August, for instance, Prakash Gupta, a local citizen journalist, called in from the central Indian village of Bilsapur to report that a tribal woman had been raped by three men. After the story’s publication, the local police unit arrested and remanded the alleged rapists.

So far, Swara has been deployed only in the state of Chhattisgarh, but Choudhary says that women have been eager to participate.

“When we looked at the figures, we found that 31 percent of the messages were by women,” he told me. “All of them are from poor backgrounds, from lower castes, from rural areas.” The other 69 percent of calls come from men.

While many of these women are illiterate, they are articulate in their reporting and boldly document sexual harassment, rape and other issues, Choudhary said.

Rajim Tandi, a 46-year-old woman from the village of Pithora, told me she had left messages on Swara about forests, employment, subsidized food and healthcare.

“I can raise issues related to my village in my own language without any fear of reprisal,” she said. Her reports have been effective in prompting responses from local authorities. “I received calls from officials who heard my reports and inquired directly from me about complaints I filed on Swara. They have resolved many issues I raised.”

Others are deploying the same voice-based technology to help women in other ways. Following the 2012 Delhi rape, Aditya Vashistha, a concerned citizen and technology researcher, used the platform to host a voice petition called “Protect Indian Women,” through which people could report sexual crimes that would be shared with legislators. While the project was not well publicized and few messages were recorded, Vashistha says the experiment points to a range of possibilities for enabling women to be active in fighting for proper media representation and decisive justice.

Bill Thies says this technology could enable women to report encounters with sexual violence, and to create a corpus of witness testimonies that can be incorporated into mainstream media coverage and used by police and courts.

Elizabeth Segran is an independent journalist based in Cambridge, Ma. @LizSegran