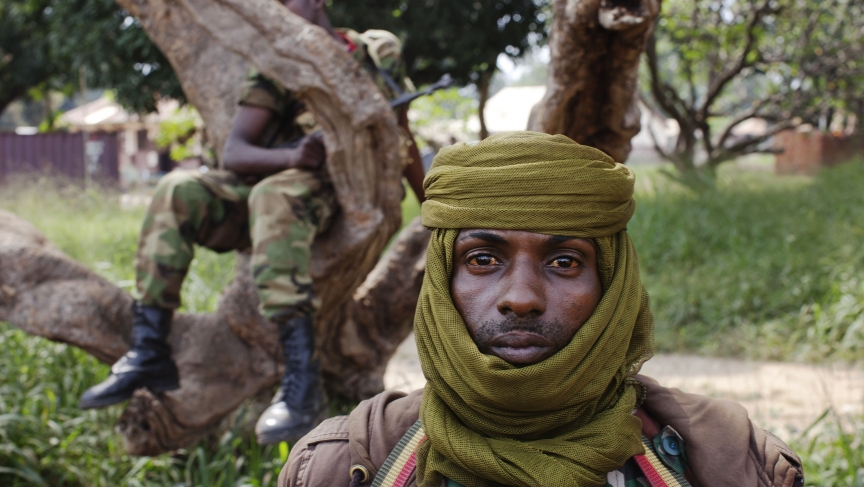 The Central African Republic (CAR) has been virtually lawless since Seleka rebels seized the capital and ousted the president in March.

Now, warnings of a possible genocide are growing louder. The United Nations Security Council on Tuesday met to consider a French plan to add 1000 peacekeepers to the 400 French soldiers in the capital city of Bangui. There are also 2500 peacekeepers from other African countries — a force expected to grow to 3600.

He says no one else besides the French are probably interested in the CAR. "And France has been very gung-ho to re-establish itself as the sphere of influence leader in French-speaking Africa, since it was really pushed to the margins after the Rwandan genocide and the fall of Mobutu in the 1990s," Gourevitch says.

"They have re-inserted themselves very strongly, taking a role in the Ivory Coast first, militarily, the action in Mali, they were a driving force obviously in the Libya campaign, and now going into the Central African Republic where they have a very ugly history."

Gourevitch says that as a colonial power, the French enabled "the worst behavior" and "glorified people who were appallingly abusive leaders."

But he says the current deployment of French troops to the Central African Republic is distinct, not only because it is under UN auspicies.

"They're doing it, I would say, as much to launder their image in Africa, in terms of their own political interests, as it is to also establish or reclaim a certain kind of influence," he says. "It's important to be very clear that a deployment of 1000 French troops under a UN banner with some neighboring African Union troops is ... a very temporary response. It's fireman work."

And those in the Central African Republic desperately need help to curb the growing atrocities against civilians.