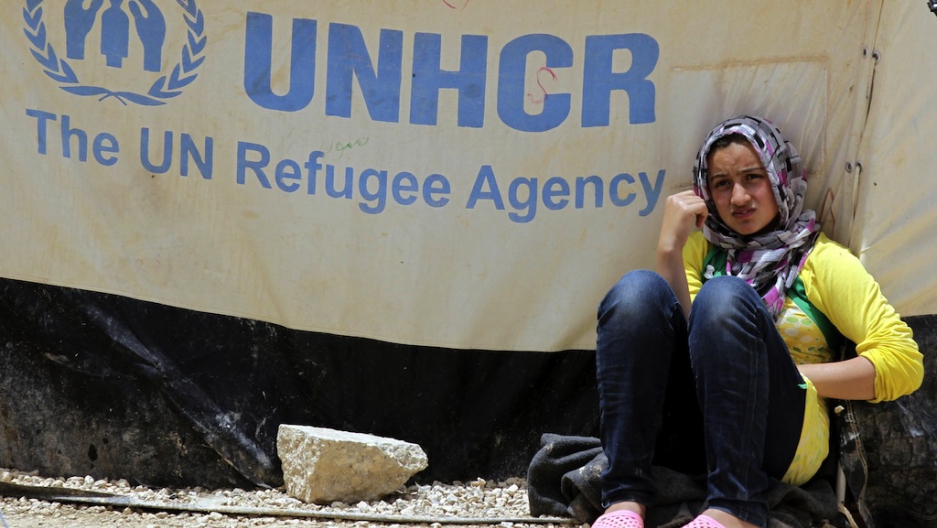 A Syrian woman leans against a tent in the northern Jordanian Zaatari refugee camp on May 18, 2013.
Credit: KHALIL MAZRAAWI
Share

A new report estimated 6,000 cases of women being raped during the Syrian conflict. The actual number, however, is likely to be much higher given that most cases go undocumented.

Prominent human rights defender Sema Nasar, who works for the London-based Syrian Network for Human Rights, collected first-hand testimonies during the first six months of 2013, according to the Denmark-based Euro-Mediterranean Human Rights Network (EMHRN), which published the report this week.

Many of the rapes resulted in pregnancies, the EMHRN report entitled “Violence against Women, Bleeding Wound in the Syrian Conflict” found.

More from GlobalPost: Syria has become a terrible place to be a woman

The report said most of the documented rapes occurred during government-backed raids in rebel strongholds, at checkpoints and in detention facilities. Evidence also suggests government security forces were involved in sexual violence “on several occasions.”

But the true figure is likely to be much higher given most victims and their families refused to speak out because of the social stigma attached to sexual violence, the report said. The under-reporting of sex crimes was also due to the “overwhelming lack of confidence in the utility of documenting violations” and the difficulty of bringing offenders to justice, particularly when they are members of the security forces.

“Syrian women exposed to sexual abuses subsequently found themselves victimized not only by the crime itself, but also by enduring the silence that surrounds the crime and the social pressure related to it,” the report said.

The findings were backed up by Lauren Wolfe, an award-winning journalist who has focused on rape in conflict for several years. She is currently the director of Women Under Siege, a group that has been mapping reports of sexual violence in Syria over the past year.

To date Women Under Seige has documented 216 reports, some involving mass offensives against dozens or hundreds of victims with many raped by more than one man.

Seventy percent of the abuses documented by the group were committed by government or government-allied forces. Wolfe said this pattern is common in conflicts where military forces clash with rebel fighters heavily reliant on civilian support.

The EMHRN report, meanwhile, found “at least” 7,543 women, including more than 2,500 girls, have been killed since the beginning of the war in March 2011. Of those deaths, 155 women remain unidentified.

Many of the deaths were the result of “indiscriminate or disproportionate shelling against civilian populated areas,” it said.

The report also found that more than 5,400 women were detained during the first two years of the conflict, and “the whereabouts of many remain unknown.” There have been numerous documented cases of women "detained indefinitely without being presented to the judge, with no access to lawyers or family, and exposed to torture and ill treatment."