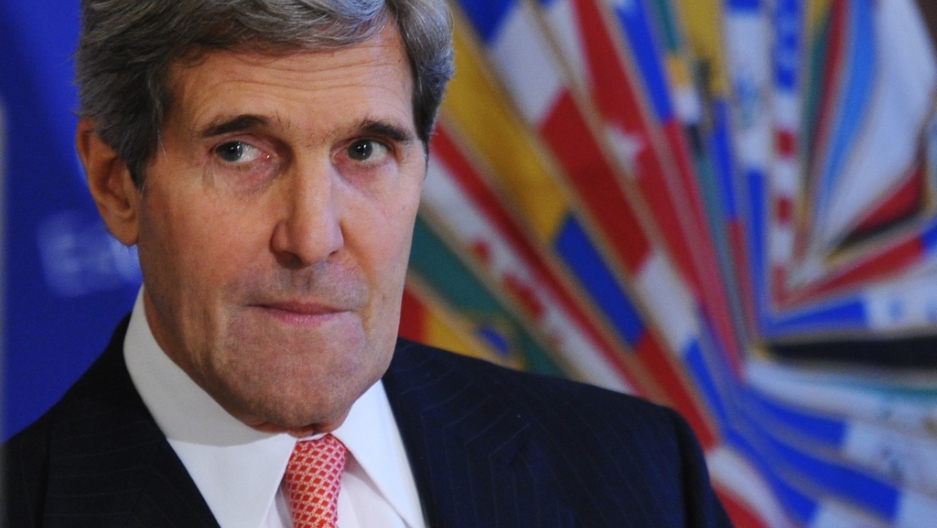 MEXICO CITY — Secretary of State John Kerry took a breather this month from attempting to untangle the Israeli-Palestinian knot and keep nukes from Iranian hands to assure Latin Americans that the United States will no longer try dictating its neighbors’ future.

“The era of the Monroe Doctrine is over,” Kerry told an applauding crowd last Monday at the Organization of American States headquarters in Washington, DC, referring to the 190-year-old US policy of big footing in the region.

The relationship Washington seeks with its southern neighbors now is “about all of our countries viewing one another as equals, sharing responsibilities, cooperating on security issues,” Kerry said.

“In unity there is strength,” he said.

“Speaking for President Obama and myself, the day is long past when America looks out and saw a backyard,” Biden aid in a speech after inspecting economically key improvements to the Panama Canal. “This is no backyard. This is the yard — this is the front yard. The hemisphere is growing.”

Fair enough. But if this is an “Obama Doctrine,” it comes amid growing regional disunity, steady erosion of US influence and renewed irritation with Washington, analysts say.

Venezuela and Cuba lead a handful of left-leaning countries in defiance of the US government. Trade with China tugs much of South America’s economic interests across the Pacific. Revelations of US spying on regional leaders scratches scars left from past US support for undemocratic governments and inequitable economies.

“There is a distancing,” Michael Shifter, president of Washington-based policy research center Inter-American Dialogue, says of the relationship. “Latin America is going its way and the United States is going its way.”

What Kerry left unsaid Monday was more important than what he discussed, says Joy Olson, executive director of the Washington Office on Latin America, another think tank. There was no mention of how US domestic issues such as immigration reform, gun rights or drug consumption profoundly affect Mexico, Central America and elsewhere.

Instead, Olson says, the speech reinforced the notion that Washington too often treats Latin American concerns as if they were relegated to the “kiddies' table” at an extended family Thanksgiving feast.

“Important conversations are taking place, but you’re not part of them,” she says.

Kerry repeated long-standing US concerns over Venezuela’s continued leftward and autocratic drift, and the endurance of Cuba’s communist regime. He underscored both Obama and Biden, in other visits to the region this year, in emphasizing that commerce, education and security will guide the hemisphere’s future more than ideological disputes.

“It’s a story of policies that are working but need to be grown, not moved away from,” Kerry said of the region’s prevailing free market economic policies and the tripling of US trade with the region in a decade.

“Imagine what is possible if we continue to open up trade and investment in our children’s futures,” he said.

The renovation augers a steep increase in Asia trade with US Gulf and East Coast ports, as well as growth throughout the hemisphere, Biden said.

“For the first time in history, you can picture from Canada to the tip of Argentina a hemisphere that is democratic, middle-class, secure,” Biden continued, “as the leading engine of economic growth in the world in the 21st century.”