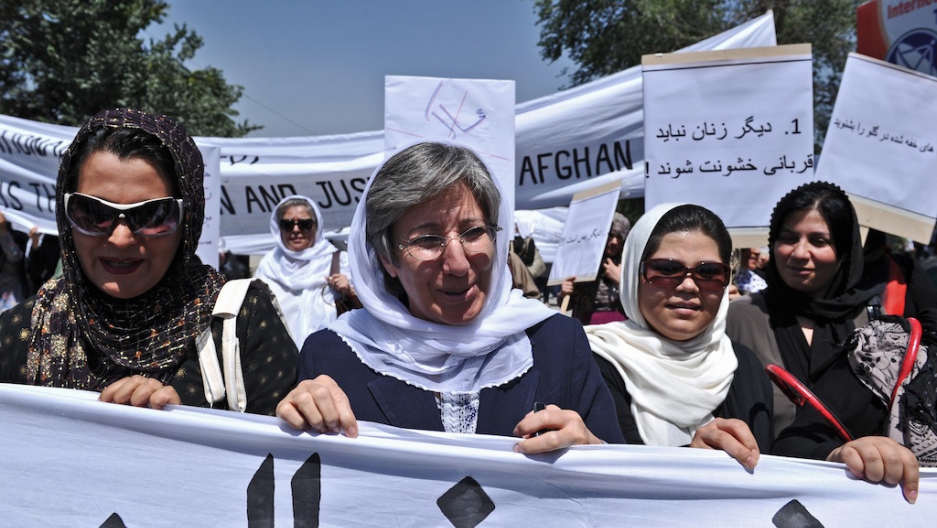 The Afghan government is considering reinstating public stoning to death as a punishment for adultery as it crafts a new penal code for the country.

Advocacy group Human Rights Watch said its officials had seen draft provisions of the new penal code that stipulate that men and women found by a court to be guilty of adultery should be sentenced to “[s]toning to death if the adulterer or adulteress is married.”

The stoning is to be conducted in public, the draft said, according to Human Rights Watch. If the “adulterer or adulteress is unmarried,” the sentence shall be “whipping 100 lashes.”

While the Taliban government, in power from the mid-1990s to 2001, punished adultery with stoning,
Afghanistan’s current penal code does not prescribe stoning.

Abdul Raouf Brahawee, director of legislation at the Afghan Ministry of Justice, confirmed that the penal code working group is considering the change. He said stoning for adulterers is consistent with Islamic law. "The Islamic Sharia instructs us to do so,” Brahawee told the Wall Street Journal. "There is a verse in the Koran about it.”

“It is absolutely shocking that 12 years after the fall of the Taliban government, the Karzai administration might bring back stoning as a punishment,” Brad Adams, Asia director at Human Rights Watch, said. “President Karzai needs to demonstrate at least a basic commitment to human rights and reject this proposal out of hand.”

“Donors need to make clear that international support to Afghanistan’s government is not a blank check,” Adams added. “International aid should generously support health and education and other crucial needs, but donor money shouldn’t pay for backsliding to Taliban-era abuses.”