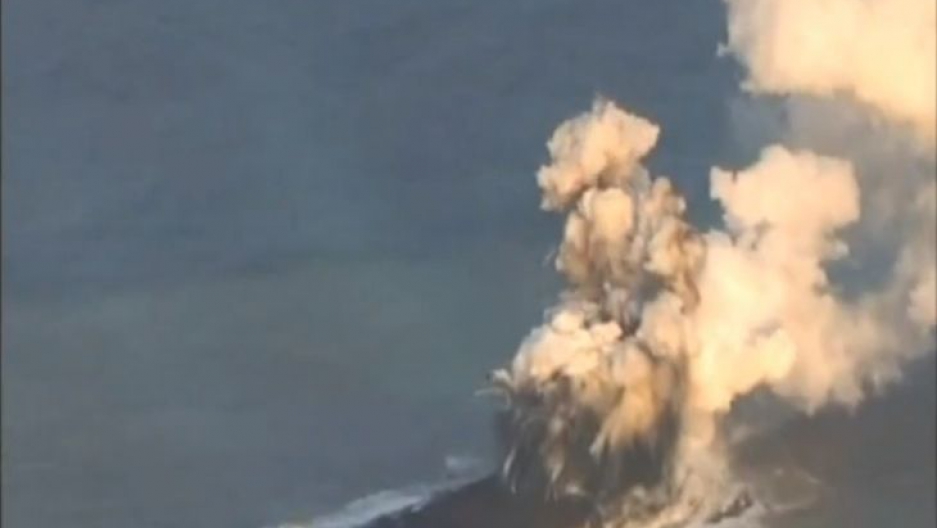 This screengrab from a video taken by the Japanese coast guard shows the formation of a new island by an undersea volcano more than 600 miles south of Tokyo in an archipelago known as the Banin Islands.
Share

Japan just got a little bigger with the formation of a new island by an undersea volcano.

The as-yet-unnamed atoll measures about 660 feet in diameter and sits just off the coast of the uninhabited Nishinoshima Island, which is part of the Bonin Islands chain, according to the Japanese coast guard.

The 30 islands are more than 600 miles south of Tokyo and are part of the Pacific "Ring of Fire."

Japanese officials aren't sure if they're going to name it yet.

Japanese volcanologist Hiroshi Ito told FNN News that the new island may disappear back under the waves, but said it "could also remain permanently."

The volcanoes that built Japan's newest island last erupted in the mid-1970s.