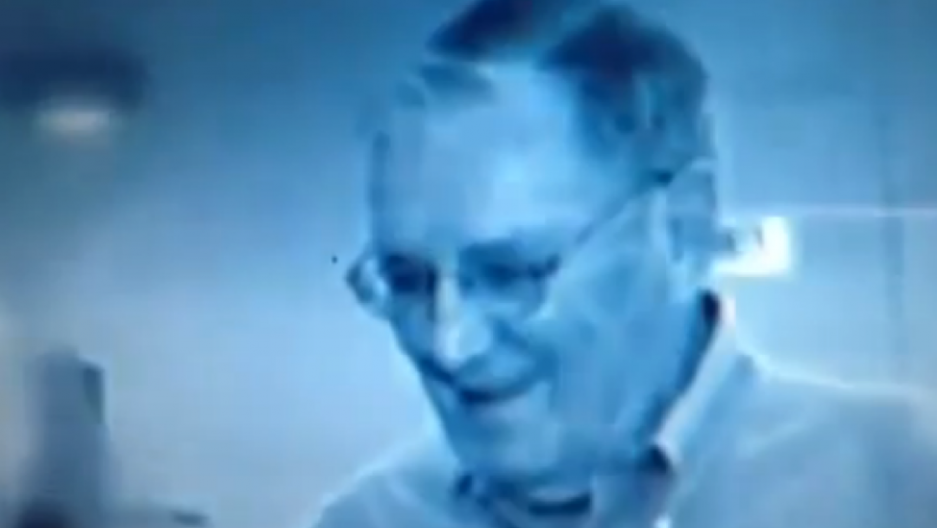 Merrill Newman, a retired Korean War veteran, was on his flight out of North Korea when he was taken off by authorities and detained.
Credit: Youtube
Share

North Korea has confirmed Friday that it had detained an 85-year-old American man, Merrill Newman of Palo Alto, Calif.

"Our Swedish protecting power has been informed of the detention of a U.S. citizen," State Department spokeswoman Jen Psaki told reporters.

Lee Newman, his wife, released a statement on Friday from the Channing House retirement community where they live saying pleading for her husband's release.

His wife said there must be some misunderstanding as her husband does not fit the usual profile of Americans detained in the country, which tend to be journalists and missionaries.

His son said that he had no other agenda for visiting the country except as a curious tourist and to return to a country where he fought as an infantryman.

More from GlobalPost: Those ‘fake’ North Korean ICBMs may actually be able to reach Seattle

"We don't know what this misunderstanding is all about," Jeffrey Newman told The Associated Press.

"All we want as a family is to have my father, my kids' grandfather, returned to California so he can be with his family for Thanksgiving."

The retired finance executive and Korean War veteran was on a nine-day trip to the northeast Asian nation when he was apprehended.

Newman was on the flight out of North Korea when he was taken off the plane by authorities.

Hundreds of American tourists visit North Korea every year, some on humanitarian missions, others visiting relatives and some curious tourists like Newman.

CNN speculated whether Newman was detained in order to be used as a bargaining chip in future negotiations over the country's nuclear weapons program.