Today on PRI's The World, I spoke with Harris Wofford, the former senator (D-Pa) and the architect of the Peace Corps under JFK. He told me about where he was when he heard Kennedy had been shot (in Ethiopia, where he was managing the Peace Corps' Africa programs).

I first met Wofford last summer at a conference in Boston of returned Peace Corps volunteers. And there, he told me another story about a single trip through Africa where history seemed to be shadowing him.

At the time, Wofford was based in Ethiopia as the Peace Corps Special Representative to Africa. In December 1962, he was asked to represent the Peace Corps in Dakar, Senegal at the all-Africa heads of state conference.  And that's where his strange story begins.

"A few days later, while I was visiting Peace Corps volunteers in Ghana," Wofford recalled, "I learned Senghor had arrested the prime minister and others. Dia was never permitted to engage in public life again, even though he lived until 2009."

Wofford continued his trip, now traveling by Land-Rover and across a river on a barge to Lome, the capital of neighboring Togo. He was coordinating the new Peace Corps office in Lome, where he met with President Sylvanus Olympio. 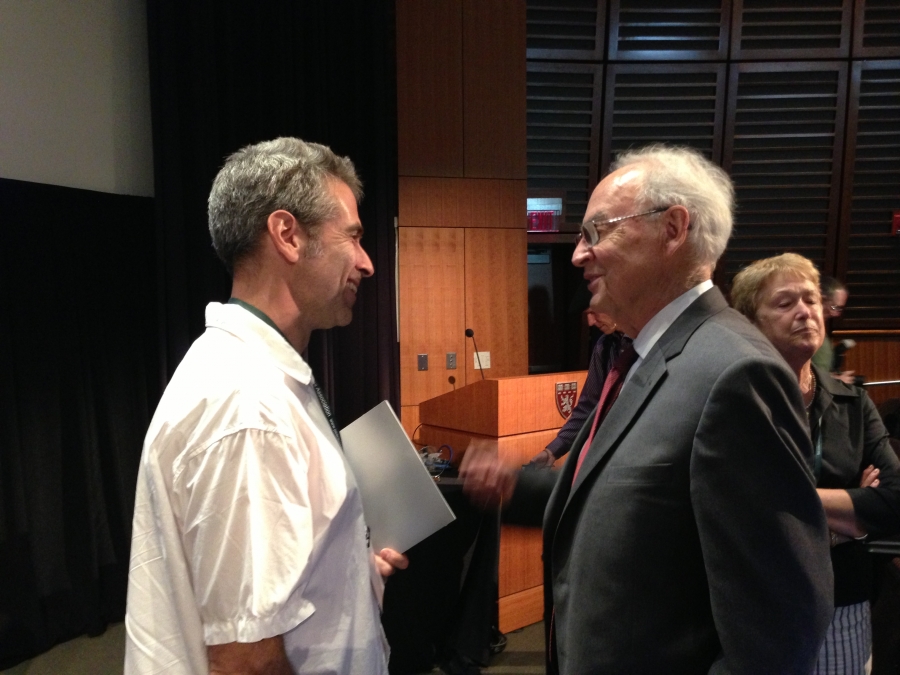 Harris Wofford and Marco Werman speak at the Peace Corps Connect conference in Boston in 2012.

"I had a great time with him on my first visit, and then, when I returned, a warm reunion, and found him enthusiastic about the Peace Corps. The next day, after I left Lome, I learned that Olympio had been shot and killed." This was the first bloody coup d'etat in sub-Saharan Africa after independence, and would become one of the recurring narratives on the continent as time passed.

Wofford continued his trip heading to South Africa and what he called "the Rhodesias."

"I drove to Nyasaland [later Malawi] and revisited with President (by then dictator) Dr. Hastings Banda. The next day (or thereabouts), he declared there was an attempted coup and arrested the main and most promising leaders of the new Malawi."

Feeling that Wofford was jinxing history wherever he went, Thomas Hughes, a senior State department officer and an old friend of Wofford's, sent him a message. It said simply: "Stay Home."