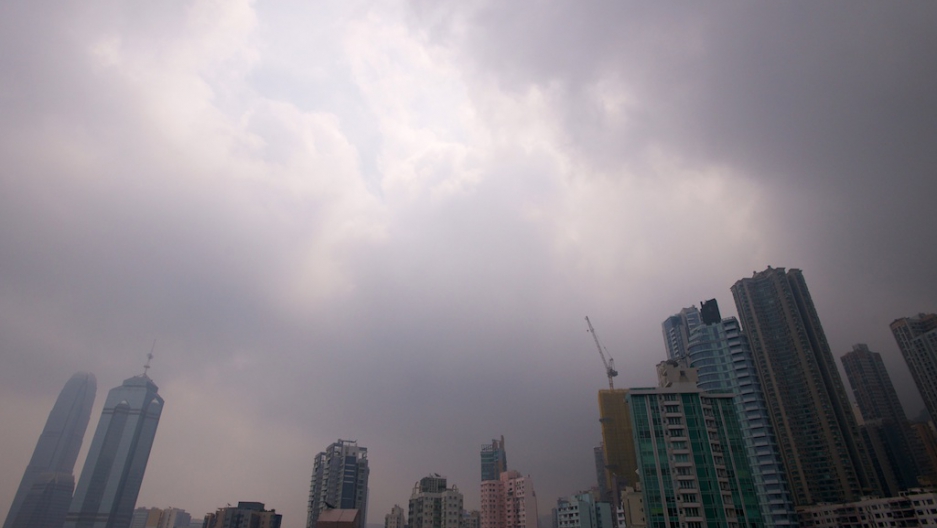 The sun breaks through the clouds over Hong Kong on September 23, 2013.
Credit: Alex Ogle
Share

HONG KONG — For years, China has lagged while the rest of the world raced to embrace cloud computing.

Wasteful investments, hodgepodge standards, and a regulatory regime hostile to foreign players have hindered widespread adoption of the technology, which in America now powers everything from Google Drive to iTunes and DropBox.

But this year, things have finally started to change.

In February, Microsoft announced it would partner with 21Vianet, a local company, to sell cloud services to Chinese consumers, making it the first major foreign player to break into China’s domestic market. A few months later, IBM said it was also pursuing a joint venture.

Hailing Microsoft's move as "the start of a new era," Charlie Dai of tech research company Forrester predicted that “a new chapter of cloud is going to be written by a new ecosystem in China's market, and Microsoft will be the leader of this disruption.”

Dai argued that Microsoft’s example would shake up the relatively sleepy competition among China’s domestic tech companies, “trigger customer awareness and investment,” and lead to an upgrade of the cloud ecosystem in China.

The rewards for companies that can ride the wave of cloud computing in China are sizable.

Beijing is investing $1 billion to accelerate development of the industry, which is expected to grow 40 percent annually over the next several years. By 2015, the market for cloud services in China is expected to be worth between $122 billion and $163 billion, according to the China Software Industry Association.

The problem? Just as foreign companies have started to cash in, analysts are warning that simmering cybersecurity tensions between the China and the US could spell trouble for the industry.

According to a new report, tech companies that take on Chinese partners run the risk of exposing themselves and their customers to hacking and espionage on behalf of the People’s Republic.

“Any future growth in US consumer use of China-based cloud computing infrastructure would likely raise significant security concerns,” say the authors of “Red Cloud Rising,” a report published by the US-China Economic and Security Review Commission.

One of the report's biggest concerns is data security.

In cloud computing, packets of data are stored and passed between large numbers of computers. If American citizens’ data is stored on a server in China, the report notes, it could become vulnerable to surveillance or could even be surrendered to the Chinese government, when requested.

“China-based cloud computing services may present significant security concerns for US consumers and users of these services, particularly if their data is being stored or processed using infrastructure in China,” says Commissioner Larry M. Wortzel.

Microsoft told GlobalPost it won't store Americans' data on Chinese servers, because the servers used in this partnership are kept separate from the company's other cloud servers.

The commission report also points out that the Ministry of State Security, China’s primary intelligence bureau, is overseeing a project attempting to bring foreign cloud companies into China.

Though these worries are still hypothetical, they are not — as Edward Snowden revealed — far-fetched. This is precisely why Beijing has, in turn, become warier of American tech companies.

Snowden’s revelations that the National Security Agency exploited backdoors in US software to spy on targets like Tsinghua University led to an immediate increase in scrutiny of foreign firms. Citing “security concerns,” in August China’s Ministry of Public Security opened a probe into IBM, Oracle, and EMC, a leading provider of cloud computing.

Add to these issues the peculiar challenges of operating on the Chinese internet, and the way forward for cloud computing hardly looks free and clear.

Unlike in developed countries, where download speeds average 17.4 megabits per second, in China the average is 4 megabits per second. And while China has at least 40 public cloud-computing projects in the works, many are still plagued by shoddy planning and overly hasty construction.

“Governments have given little thought to market needs and how they are going to generate profit from such projects,” said An Hui, director of the China Center for Information Industry Development, according to the state-run Xinhua news agency.

Compare this with the situation across the straits in Taiwan and the difference is remarkable.