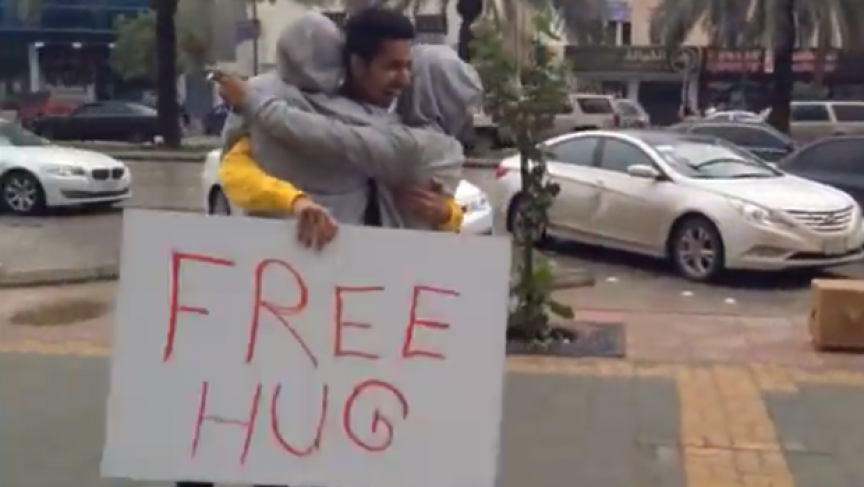 A Saudi man offered free hugs on the streets of Riyadh — and was arrested for his trouble.

A word of warning to the YouTube generation: Cute, kooky public displays of affection may go over well in California, but less so in Riyadh.

The Independent has a story of a Saudi man, ostensibly inspired by a video on YouTube, who went out in Saudi Arabia with a sign that said "Free Hugs" — and handed out hugs. The man was arrested, along with another man who accompanied him, and made to sign a pledge that he wouldn't participate in such "exotic practices" ever again.

An intimate look at life in post-typhoon Tacloban

Watching the news, we've been bombarded by images and words describing the tragedy that has befallen the Philippines. Sometimes, though, the immensity of disaster is hard to grasp.

PRI's The World offers this very simple story of one family, reduced from 10 to 3 people, and what life is like as they struggle with shelter, thieves and their sorrow in an attempt to start over.

About 24,000 years ago, a young boy died in Sibera and his body was preserved in the frozen tundra near Lake Baikal. Scientists have studied the boy's remains and gained new understanding about the ancestry of much of the modern world.

The New York Times explains how he has a strong tie to modern-day Native Americans — at least 25 percent of their DNA is shared. Scientists believe the first Native Americans were a mix of people from western Europe who had reached Siberia and those native to east Asia.

The mafia in Israel?

The Guardian reports on an escalating conflict between the Israeli government and organized crime families in the city of Ashkelon. As the influence of organized crime grows, the government is considering using radical anti-terror measures to retain the upper hand.

New revelations have emerged about an old conflict. The Belfast Telegraph reports on how the British Army allegedly killed unarmed civilians as part of its counter–terrorism campaign during the height of IRA activity in the 1970s. The report is based on statements from former members of the British Military Reaction Force who agreed to interviews with the BBC.

The unit has been linked to five separate incidents in which two civilians were killed and another 12 injured. The British Ministry of Defense said that its soldiers, at all times, acted in accordance with strict rules of engagement designed to minimize casualties.

The Guardian put together an interactive graphic of what companies have been responsible for climate change.

Which companies are most responsible for causing climate change? Check out this amazing interactive infographic: http://t.co/Xi2ZxUHvQd

Newfoundland is being ravaged by a storm, which has caused the suspension of ferry service to Nova Scotia and knocked out power across the area, according to the CBC. Winds as strong as 85 mph were reported in the island community of Twillingate — strong enough to be considered hurricane force. Numerous schools are closed and authorities have issued an alert warning communities of a likely storm surge.

Fiddling while the seas rise 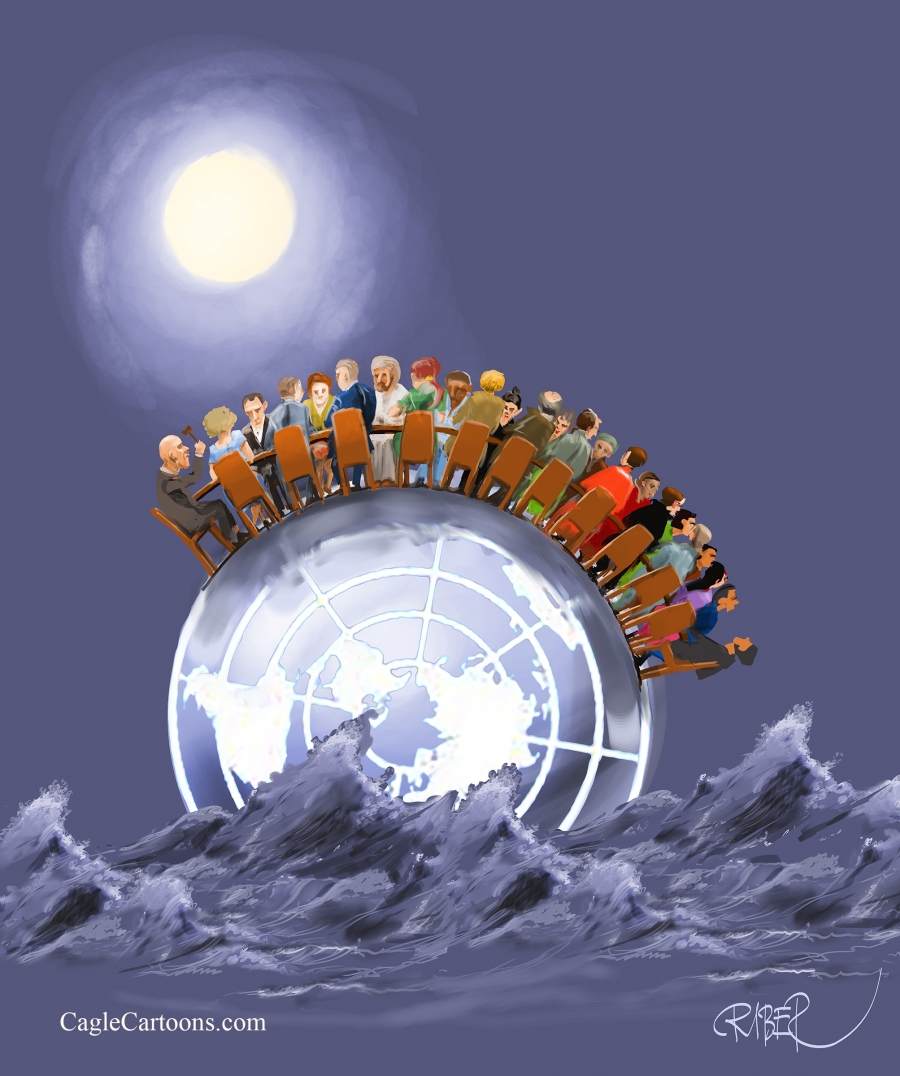 There's a lot of hot air being expelled in Warsaw — where international officials are debating proposed climate change regulations — as the sea continues to rise in this cartoon by Sweden's Riber Hansson.