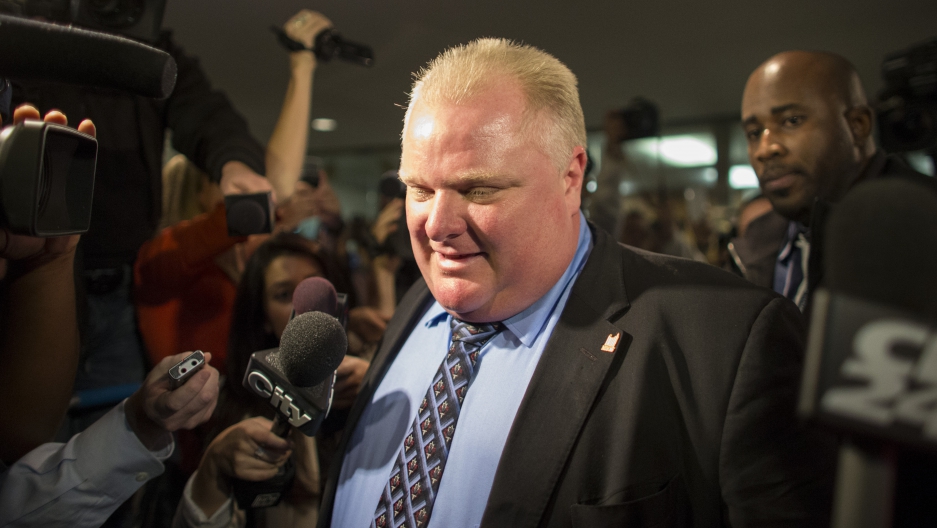 Toronto's mayor Rob Ford, the world's most likely reality television star, is a star no longer.

After just one painful episode on Canada's struggling Sun News Network, the station called it quits.

The show, brought in approximately 155,000 viewers Monday evening - the highest amount that network had ever seen. It featured the mayor and his loyal brother repeating talking point after talking point and then taking some questions.

The episode apparently took five hours to shoot, and another eight hours to edit, making it incredibly expensive to produce.

There's also that whole problem of people getting tired of seeing this guy ramble on and on about how he's going to change and that he made a few "mistakes."

According to Sun, Ford, also known by some as "Mayor McCrack," is welcome back on any other show on the network but not his own of course.

He did have a few great quotes during the tedious show:

He has repeatedly said that he's a role model for his ability to return phone calls and cut a budget.

But the real show-stopper was this choice quote:

“My question is, I urinated in a parking lot. What does that have to do with anything?”

His earlier radio show in Toronto was cancelled after his admission that he smoked crack.

If you want to watch the first cringe-worthy episode peppered with diatribes and excuses for bad behavior watch below.