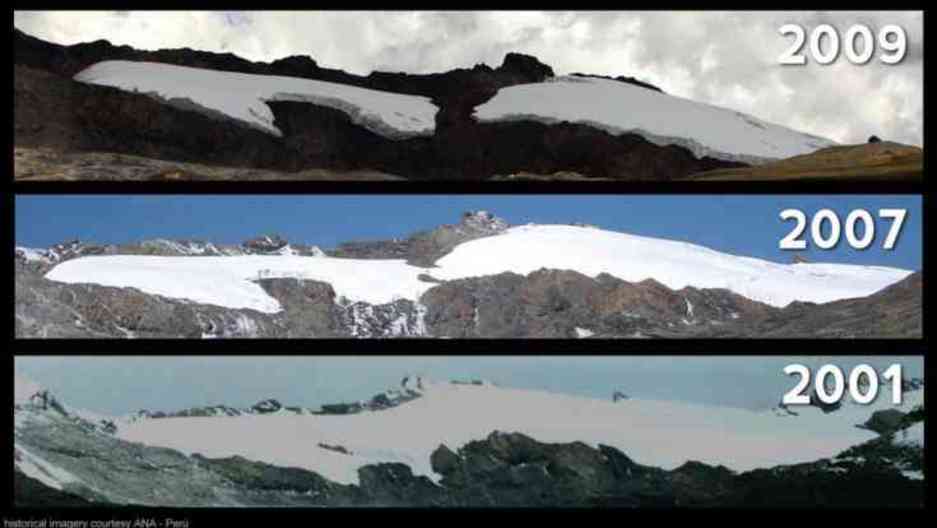 Pastoruri Glacier in Peru has melted precipitously in just the past eight or so years.

Melting ice isn't only a problem in the Arctic. Glaciers are quickly melting on mountains in the tropics.

And a case in point is the one-time skiing destination in the Peruvian Andes known as the Pastoruri Glacier. But the government of Peru is trying to making Pastoruri's melting an opportunity.

Mitra Taj, a correspondent for Reuters, says Pastoruri used to be a big tourist draw, with people coming from all over Peru to ski. But that tourism has dried up, shrinking from as many as 100,000 people a year to just 30,000 last year, along with the shrinking glacier. The hotels in the town of Juarez, near the glacier, have pictures of the glacier covered in snow. But these days, the snow's gone — replaced by ice and a whole lot of rocks. 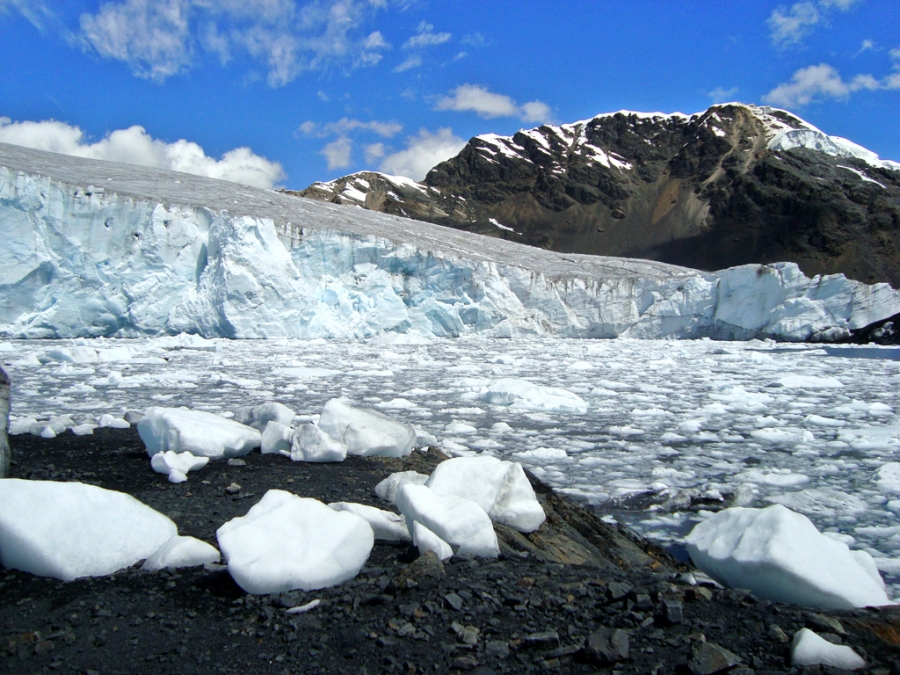 Patoruri Glacier, pictured in 2010, has become a lot of rock and ice.

Taj says the government of Peru has a plan to get the tourists back. And officials are depending on the same issue that cost the glacier all its tourists in the first place: climate change.

"They’re targeting tourists that are interested in things like science and climate change," says Taj, "and also people [who] want to see something that might not be around that much longer, and you’ll hear them talk about what it used to look like.

"The changes that are happening as a result of the glacier melt ... it’s unique I think in terms of travel destinations."

Other than being a tourist destination, the glaciers are also an important source of water for local people, and that's of course a concern. Taj says another problem has cropped up in the runoff from that water.

Heavy minerals had been frozen into the mountains for countless years, but are suddenly contaminating the area's drinking water.

"The local water company that provides water to the city of Juarez actually had to change the river that it gets its water from because levels of metals were so high that it wasn’t really safe for drinking," Taj notes.

Pastoruri isn't the only glacier that's melting. Pastoruri is in the Huascaran national park, Taj says, with 700 or so glaciers. And they’re all melting quickly.

"In the past few decades, in total, Peruvian glaciers in the Andes have melted to 30 to 50 percent of their previous size. It’s happening really quickly," says Taj. "Tropical glaciers are some of the most sensitive formations to global warming, which is why it’s easy to watch them and see what’s actually happening."