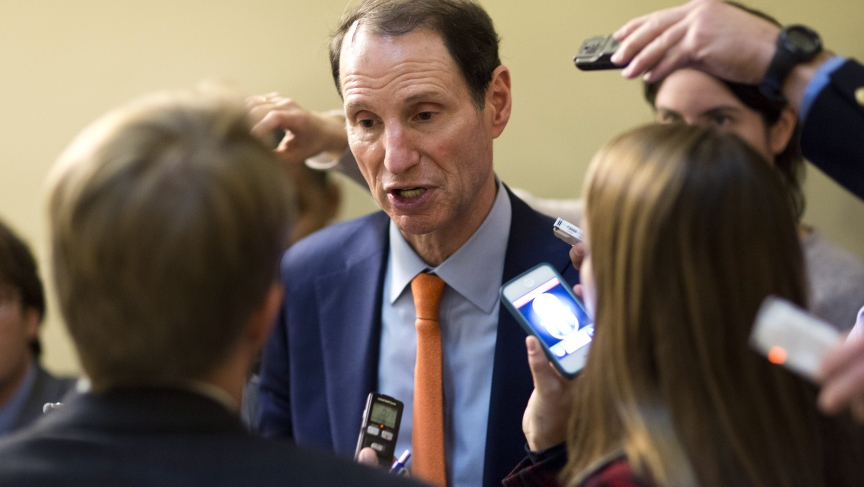 If you see something, say something.

That's the slogan popularized by the US Department of Homeland Security. It's their effort to have extra eyes on the lookout for potential terrorist acts.

Now imagine an instance where you saw something, but were prohibited from saying anything at all.

That's what Senator Ron Wyden (D) of Oregon experienced when he learned about a program run by the National Security Agency. He didn't think it was right, but he's a member of the Senate's Select Committee on Intelligence. He takes his confidential briefings seriously and what he learned about this program, of course, was in confidence.

The solution? Well, he didn't say anything, but he strongly hinted that something was not right.

That something was the NSA's mass collection of data on phone calls made in the US, known as the call records program. We know that now only because former NSA analyst Edward Snowden leaked information on the program. After his leaks, the government declassified the program, finally allowing Wyden to talk openly about it.

Wyden won't talk or answer questions about whether he thinks Snowden is a "hero or a traitor," but he does say the leaks started a conversation.

"Six months ago, you wouldn't see more than 200 votes on the floor of the House of Representatives for fundamental reform that protects the privacy of law-abiding Americans," he says.

Wyden argues that Americans haven't been made much safer by the NSA's mass surveillance programs. He recalls a time when an NSA official walked back a statement regarding the number of terrorist attacks thwarted by electronic surveillance from 50 all the way down to two.

You might think that such testimony would also roll back the authority given to the agency. But so far, there hasn't been a move to do anything to curtail NSA programs.

In fact, Wyden says the Senate Intelligence Committee just passed a bill that essentially gives the NSA the "okay" to do everything they've already been doing. It passed 15-4, with Wyden being one of the four who voted against it.

In Wyden’s mind, it comes down to a question of liberty versus security. And for the answer to that question, Wyden repeats the famous Benjamin Franklin quote:

"Those who sacrifice liberty for security deserve neither."