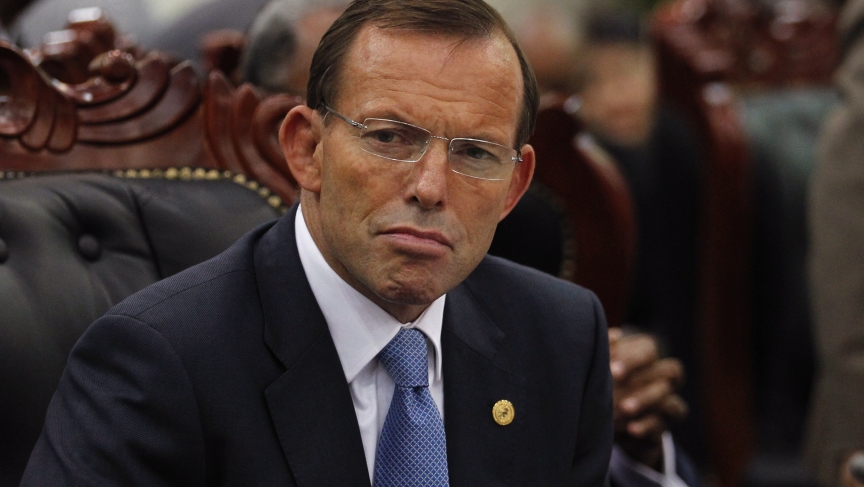 Australia's prime minister Tony Abbott has refused to comment on the spying claims.

America’s intelligence services aren’t seen very kindly around the world at the moment. But they’re not alone in feeling the heat from Edward Snowden's leaked documents.

Australia is the latest country to be embarrassed by former NSA contractor Edward Snowden.

And that wasn’t the first allegation, says Sam Roggeveen of the Lowy Institute for International Policy in Sydney.

“A couple of weeks ago, the Sydney Morning Herald, one of Australia’s biggest newspapers, ran a story saying that Australia was using its embassy in Jakarta [Indonesia] and its diplomatic facilities in Bali to spy on Indonesia,” Roggeveen said in an interview with the BBC. “And now, just a few days ago, emerged much more specific allegations via Snowden.”

Those claims were published by The Guardian Australia and the Australian Broadcasting Corporation. They said that Australia had targeted the cell phones of not only the Indonesian president, but also his wife and other senior officials and politicians.

In response, Indonesia recalled its ambassador from Australia.

Indonesia’s foreign minister, Marty Natalegawa, described Australia’s spying as “nothing less than an unfriendly act which is having already a very serious impact on our bilateral relations.”

It’s certainly very embarrassing for Australia, just as similar revelations about American spying have made for uncomfortable moments in the White House.

Christine Milne, who leads Australian’s Green Party, asked this: “What is the justification for trying to spy on the phone calls of the president or his wife? Is it national security? In which case, are we saying that we think our closest neighbor's president is a security risk to Australia?”

In other words, this isn’t the way you treat your friends.

But in general, Australia’s leading politicians have defended the country’s intelligence operations, without admitting the specific allegations contained in the leaked document.

Tony Abbott, Australia’s new prime minister, said in Parliament, “In the past 24 hours, there have been calls for Australia to detail our intelligence operations and to apologize for them."

In other words, we all spy on each other, and we all know it, and it’s a bit weird to be talking about it in the open, so please can we just stop?

Indonesia won’t stop talking about it, though —  at least, not yet.

They feel publicly wronged, and that gives them a morsel of leverage over Australia.

Roggeveen points out that Indonesia’s leaders are likely to make Australia pay for this episode. He expects them to exert pressure on one issue in particular: asylum seekers who arrive on Australian shores by boat.

“They come via Indonesia, so we need Indonesia’s cooperation to stop the flow of asylum seekers,” says Roggeveen, and the issue has been a huge priority for Australia’s new government.

“I don’t think we should expect more than the bare minimum of cooperation on that from Indonesia.”

Michael Brisenden, a journalist for the Australian Broadcasting Corporation, told the BBC that Indonesia’s president, Susilo Bambang Yudhoyono, has been tweeting about the spying scandal.

“He’s less than impressed with the way this has rolled out, and certainly with the way the prime minister has responded to it. He wants a personal explanation.”

There is something akin to knife-twisting about calling for an explanation via Twitter. See how open and transparent we are, it seems to say, in contrast to your low-life, secret spy games.

But perhaps that’s just as much a smokescreen as the notion that countries don’t spy on their friends.

In most cases, it seems, they do and they will.