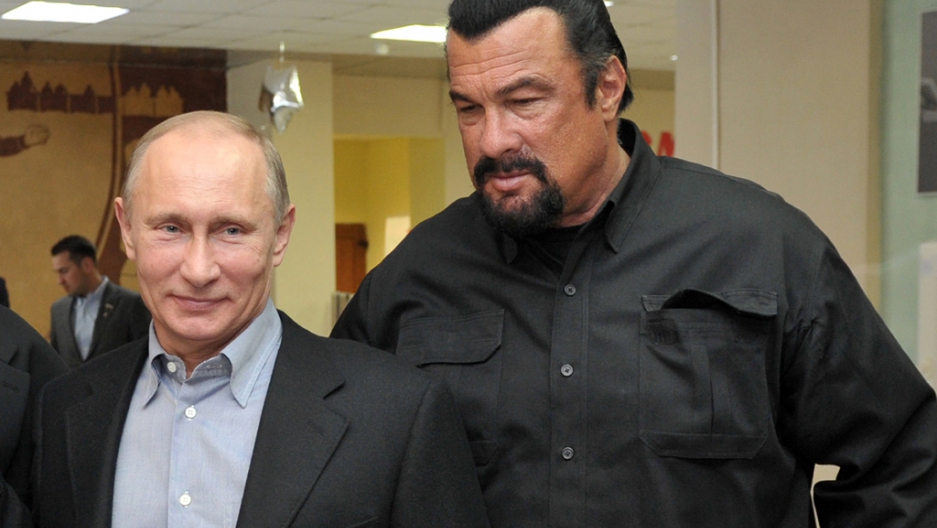 Now, he's the proud owner of a Romanian street dog.

Currently in Bucharest to film the thriller "A Good Man," Seagal adopted a 7-month-old black puppy to raise awareness for stray dogs that have been viewed as a major nuisance in the formerly communist country for years.

The dogs have been in the news since the fatal mauling of a 4-year-old boy in August.

In September, Romania's parliament passed a law allowing the city's 64,000 street dogs to be euthanized despite the objections of animal rights activists.

Seagal adopted the puppy at a shelter south of Bucharest through its long distance adoption program, which costs $18 a month. The dog will remain there.

"I am doing the best I can to bring awareness... so that we can make sure these accidents and tragedies don't happen again," Seagal said.