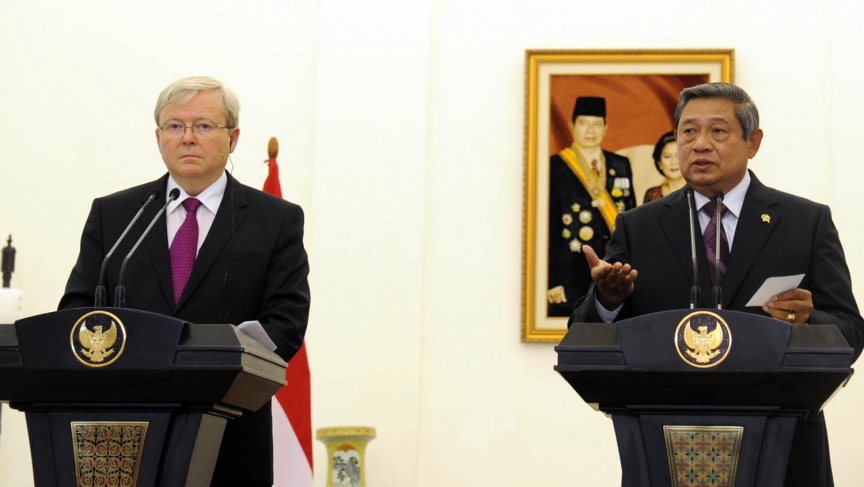 A double blow for Indonesia’s President Susilo Bambang Yudhoyono this week. First it emerged his personal cell phone was being tapped by a foreign spy agency.

Then it emerged it wasn't even the White House listening. On the other end of the line was Canberra. And that revelation has roiled relations between Indonesia and the Australians

The revelation is the latest from documents leaked by former National Security Agency contractor Edward Snowden. The Sydney Morning Herald has the story.

A house divided, united by Google

When the United Kingdom partitioned India as it left in 1947, it tore communities apart and led to mass migration between India and what would become Pakistan and Bangledesh. Last week, Google India released a series of videos to highlight what Google's search engine could do, highlighting its ability to connect people — deeply moving bloggers, and people, in both India and Pakistan. Global Voices has the story, via PRI.org.

Over the weekend, the great South African novelist Doris Lessing died at the age of 94. There are many reasons to treasure her legacy — but one of them is her reaction, back in 1997, to learning she'd just been honored with literature's greatest prize. To say she was overwhelmed is probably an understatement.

Reuters has a video of the momentous occasion.

Qatar opened a new soccer stadium and it has a bit of a suggestive shape. It looks like female genitalia and, perhaps unsurprisingly, has sparked a great deal of interest in social media.

The Guardian looks at the reaction and has a photo.

A young voice for samba in Rio

Joyce Cândido started a music career at the young age of 14 — singing at weddings and private parties. Nothing big. But in college, she started singing in a band and at the age of 25 she recorded her first album. A pitstop in New York, and a return to Rio de Janeiro, and she was taking the world of samba by storm — and the rest, as they say, is history. PRI's The World has the story, and some of her music.

Seoul, South Korea, saw its first snow of the season, with a light dusting reported Monday across the capital city. Much of South Korea was gripped with cold weather, according to The Chosun Ilbo. Temperatures in Seoul were reported to be right at freezing, while other parts of the country reported temperatures as low as 20 degrees Farenheit. South Korea is preparing for what forecasters describe as a colder-than-usual winter.

What's the hold up? 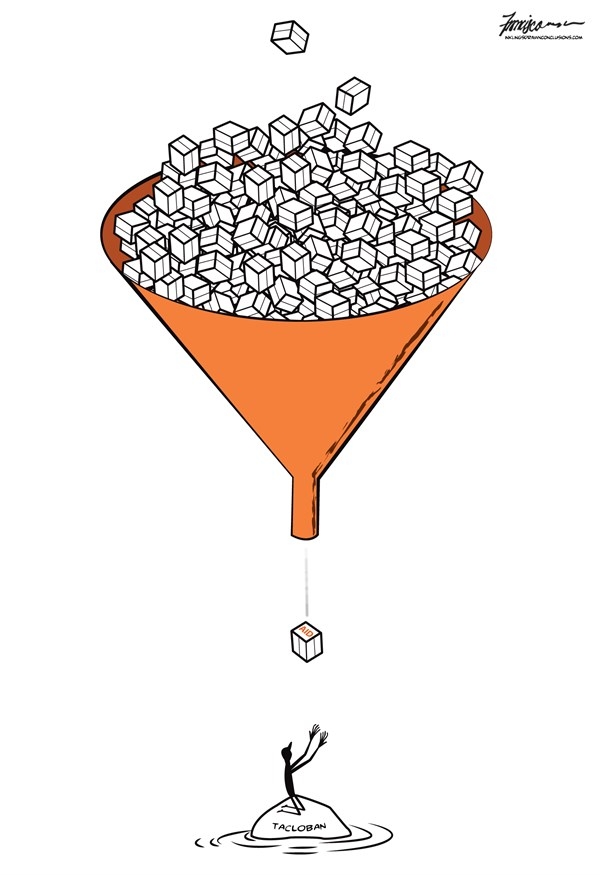 A cartoonist from the Philippines, Manny Francisco, comments on the bottleneck that is delaying the distribution of aid for those affected by Typhoon Haiyan. On Monday, Filipino President Benigno Aquino said the scale of suffering "tempted him to despair."

This post is a new feature of PRI.org. It's a daily brief and email newsletter of stories, events and graphics that are catching the attention of our news staff. The World's Leo Hornak kicks it off from London and various folks on our editorial team around the globe contribute from there, like Cartoon Editor Carol Hills in Boston. Don't expect anything near the standard wrap of major news stories. This blog post and its email companion will be as idiosyncratic as our staff... and we'll want you to tell us what you like and don't like. " title="<?php print t('User'); ?>">Sign up for a PRI.org account and subscribe to our newsletter to get it delivered to your inbox. The newsletter arrives during the US morning hours.