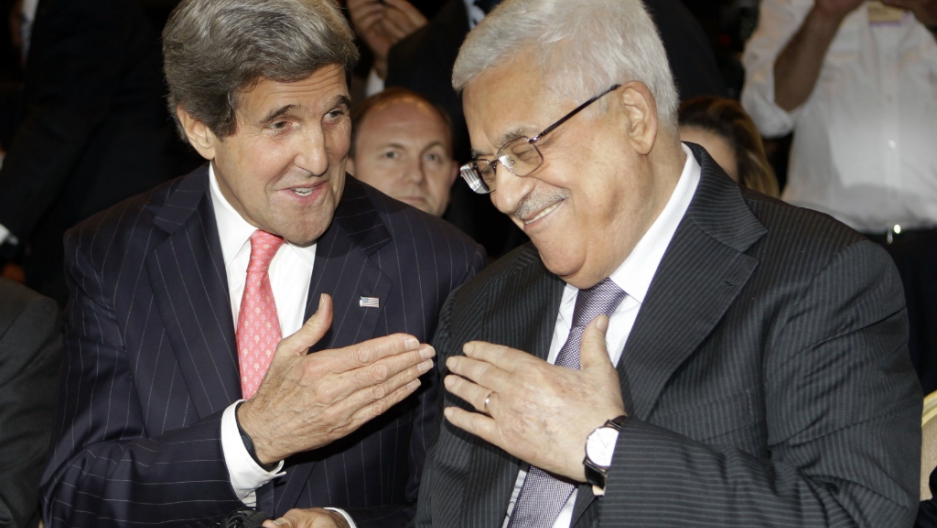 US Secretary of State John Kerry, left, speaks with Palestinian President Mahmud Abbas at the World Economic Forum at the King Hussein Convention Centre in Jordan on May 26, 2013.
Credit: KHALIL MAZRAAWI
Share

Palestinian Authority President Mahmud Abbas said Sunday that he is committed to continuing peace talks with Israel for the full nine months that was agreed on with Washington, according to Agence France-Presse.

"We have committed to continue the negotiations for nine months, regardless of what happens on the ground," Abbas said. "We are committed and we will go to the full nine months, and then we will take the appropriate decision."

The news comes as Abbas has refused to accept the resignation of Chief PLO negotiator Saeb Erekat, according to the London-based Asharq Al-Awsat newspaper. However, if Erekat is determined to resign, there's little Abbas can do.

Another negotiator, Mohamed Shtayyeh, has also asked to resign from negotiations. Both men reportedly asked to resign two weeks ago as a protest against construction in West Bank settlements.

Peace talks between Israel and the Palestinian Authority began in July, and according to UPI, the two entities have since then met in Jerusalem and Jericho for talks more than 17 times.