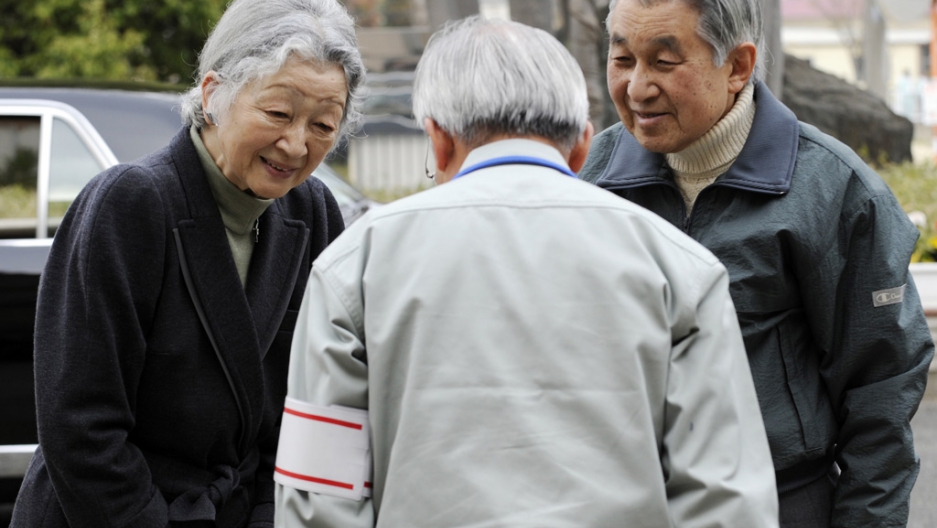 Japanese Emperor Akihito and Empress Michiko intend to break an ancient imperial burial tradition, and are requesting that their remains be cremated and placed in a simple tomb when they die.

The Imperial Household Agency announced the 79-year-old emperor had decided on the break with tradition over his concern about a lack of space for new tombs at the the Musashino Imperial Graveyard in the Western Tokyo area of Hachioji, according to the Asahi Shimbun.

"Cremation has become a common practice in Japan and imperial history has seen both cremations and burial," the palace said in a statement, according to AFP. The 79-year-old Empress Michiko has also agreed to be cremated alongside her husband.

It's still unknown where the royal couple will be buried, but they listed some conditions, according to the Asahi Shimbun, including: “Many trees must not be cut for the construction of the halls,” and “The places must be safe ones that can deal with hot or cold weather, torrential rain or tornadoes.”

The 1989 funeral of Akihito's father, Emperor Hirohito (known as Emperor Showa after death), was a grand affair with representatives from nearly 135 nations attending, and 200,000 Japanese citizens lining the streets to watch his funeral procession, according to an excellent contemporary account of the event from the New York Times.

His mausoleum cost millions, an expense his son evidently wishes to avoid, especially in the wake of the deadly — and pricy — Fukushima disaster.

Japan has a long and interesting tradition of noble burials, including the mysterious,massive keyhole shaped emperor's tombs or tumuli that remain largely unexplored within the city of Tokyo.

Here is footage of the 1912 funeral of Emperor Hirohito's father, Emperor Meiji.