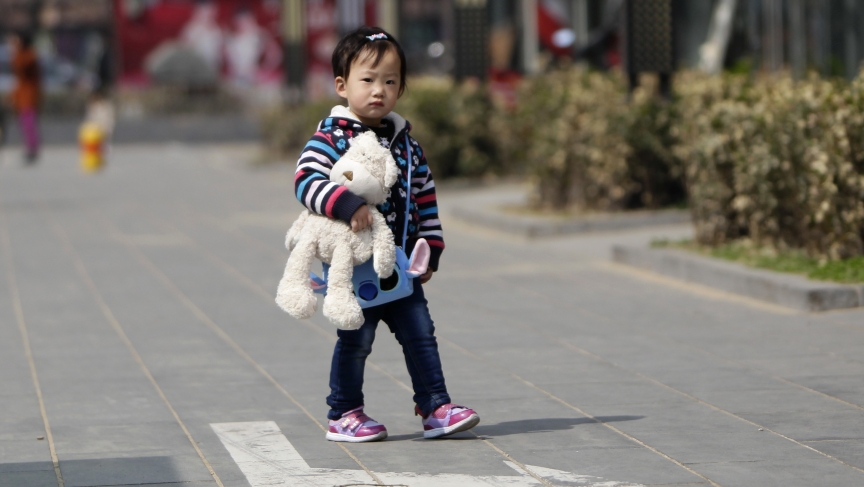 A girl walks along a street in Beijing. China has announced reforms to the policy of allowing most families to have only one child.

With the stroke of a pen, China has introduced plans to reform the economy, society and the legal system.

Among the headlines: labor camps are to go; property law is to be changed; markets are to be liberalized; and the one-child policy is to be shaken up. In all, 60 reforms were approved by the Central Committee of the Chinese Communist Party that met this week.

The one-child policy change prompted the most headlines on Friday, though, of all the reforms.

Right now, most families are allowed only one child. There are a couple of exceptions: when both spouses are only children, then they may have a second child; so can rural families.

Once the reform is implemented, there will be an additional exception: if either parent is an only child, then the couple can also apply to have a second child.

Still, the government will retain its intrusive role in what The World's Mary Kay Magistad calls "this most intimate part of life."

"It's a step in the right direction," says Magistad. "Just not a very big step."

There has been mounting pressure on Beijing to implement change, and not only from families who resent government interference in their personal choices. Demographers, too, are alarmed.

At current rates, China's population will fall by about 25 percent by the end of the century. With that fall, the dependency ratio will increase dramatically: that means a shrinking labor force will have to support a growing number of elderly people.

This reform "seems to be a compromise," says Magistad. "So the Party won't look like it was just dead wrong to implement this policy in the first place."

She highlights the human cost of the policy, which has led to numerous forced abortions, often in late term. It has also given rise to a severe gender imbalance, because of a preference for sons. There are now six Chinese boys for every five girls.

"In my own interviews around China," Magistad says, "including with both urban and rural couples, and with demographers who have done much broader research, it seems a growing number of young Chinese would choose to have only one child or no children, anyway. It's just too expensive to raise and educate a child these days. The idea that Chinese are universally clamoring to have two or more children per family is just off-base."