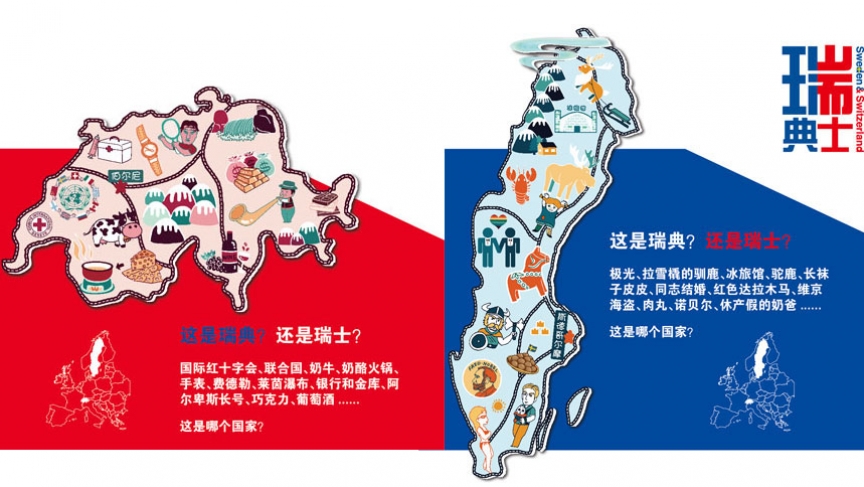 Sweden and Switzerland. The two countries have two easily distinguishable names — in ENGLISH.

But in Chinese, the names sound similar.

Staff at the Swedish consulate in Shanghai were frustrated by the number of Chinese who confused their country with Switzerland. So they had a cartoonist come up with an image that shows what makes the two countries unique.

The cartoon went up on Weibo, the Chinese Twitter. And then it went viral.

"It was a huge success rate," said Viktoria Li, the Swedish Consul General in Shanghai. "Very many people had picked this cartoon up and commented on it."

All the stereotypes are on display in the cartoon. Sweden gets symbols like a Viking, a moose, Pippi Longstocking, and a hot blonde in a bikini. On the Swiss side of the panel, you see banks, the Alps, fondue and tennis champion Roger Federer.

Now, the Swiss and Swedish consulates in Shanghai are taking it a step further. Together, they've created an online competition.

"The participants have to illustrate the differences between Swizterland and Sweden in a creative and innovative way," said Anna Mattei, the Swiss Deputy Consul General.

The contest winner gets a trip to Sweden AND Switzerland.