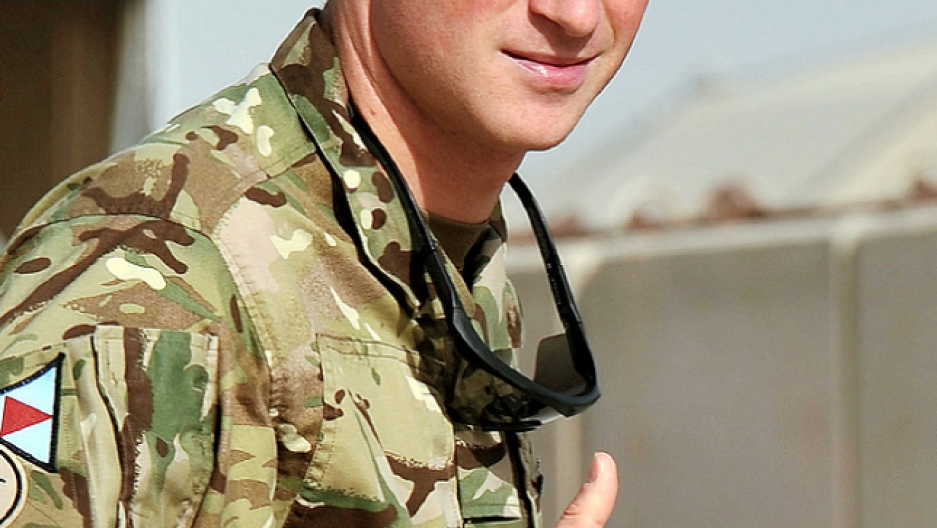 Alongside four injured British soldiers, Prince Harry is gearing up to trek 200 miles across Antarctica to the South Pole for the Walking With the Wounded charity.

Three days before departure, Harry made an appearance in London's Trafalgar Square on Thursday with members from the three separate teams who will attempt the trip, made up of veterans from the United Kingdom, the United States and Commonwealth countries.

The 29-year-old prince said the men and women making the journey with him "have achieved so much just to get here."

He said that the trek would prove that even after suffering physical and emotional trauma, "you can achieve pretty much anything."

"This trip is another way of reminding everybody that as Afghanistan draws down and these guys aren't in the news any more [...] support must continue."

The Walking With the Wounded group will fly to Cape Town in South Africa on Sunday, then head to Antarctica two days later.

They will then take some time acclimatizing to the extreme cold and altitude before starting the 208-mile walk on Nov. 30, with the aim of beating the two other teams trekking alongside them.

The three teams are expected to cover between nine and 12 miles a day while dragging 154-pound sledges through snow storms, glaciers and moving ice-shelves.

They are expected to reach the South Pole by Dec. 16.