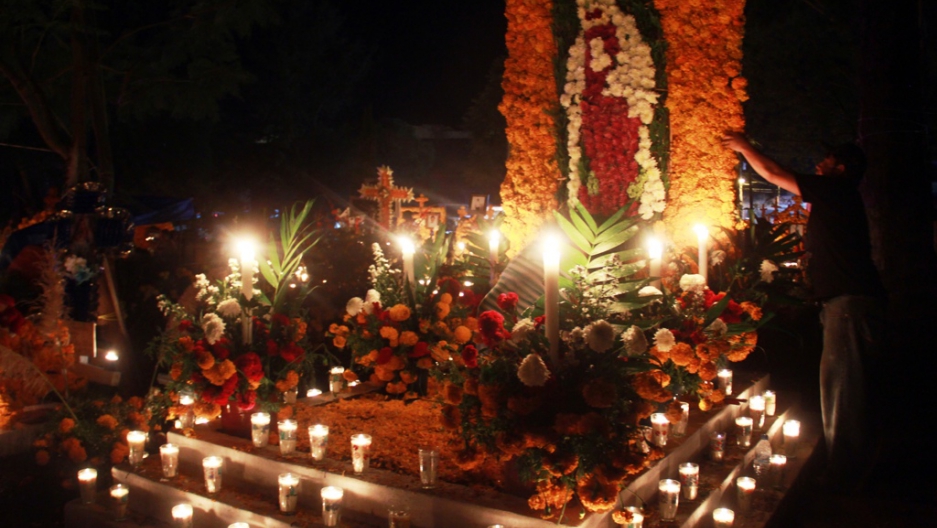 APATZINGAN, Mexico — After decades of watching varied gangsters and government officials prey upon his faithful, this farming city’s Roman Catholic prelate finally has had enough.

“Michoacan has all the characteristics of a failed state,” declared Apatzingan Bishop Miguel Patino, describing his western Mexican home state that’s become the fiefdom of the homicidal Knights Templar gang.

The Knights Templar and other gangs vie for control of Michoacan “as if it were a pirate’s bounty,” while “municipal officials and police are either subjugated by or in collusion with the criminals,” the 75-year-old bishop wrote in a recent missive.

Mexico’s top clergy long have lamented the “culture of death” that abets the violence wracking their country. But, because of fear or favor, they’ve rarely confronted the perpetrators head on.

Now a small but growing number of bishops like Patino has proven willing to name the tormentors, and even to call out officials aiding the thugs.

Their activism comes as well-armed militias rise against the gangs and thousands of federal police and troops pour into Michoacan and neighboring Guerrero state.

A showdown looms. The bishops appear to be throwing their church and themselves in the middle of it.

“Our families are filling with hate, with rancor, because of what they are going through,” the Rev. Javier Cortes, second in command of Apatzingan’s sprawling diocese, told GlobalPost last week. “The bishops’ is a message inviting everyone to join in seeking a solution.”

More on Michoacan: Why Mexico's meth country is totally tweaking out

A tougher stance against organized crime could mark a healthy change for Mexico’s Catholic Church. The Vatican in the past has reprimanded the clergy here for accepting drug lords’ donations and has scolded the country’s Catholic faithful for dabbling in nontraditional cult worship popularized by the gangs.

Among the more blatant examples of cozy Catholic-narco relations is a church in the city of Pachuca, northeast of Mexico City, built with money from Heriberto Lazcano, the late boss of the brutal Zetas cartel.

Last year, the Knights Templar hung welcome signs for the visit of former Pope Benedict, promising to suspend “acts of war” during his stay.

Apatzingan and the surrounding lime- and vegetable-producing valleys jointly known as the Tierra Caliente, or Hot Land, rank among Mexico’s deadliest corners. The country’s hyper violence began here seven years ago when then-President Felipe Calderon deployed troops against the narcotics syndicate that later spun off into the Knights Templar.

Federal security officers have now reinforced their presence in Apatzingan and self-defense militias control a half-dozen nearby towns. That’s brought a veneer of calm. But the Templars’ hold on the city and many nearby towns is unbroken.

“There is a complete weariness with all of this,” said a government security analyst in Morelia, the state capital, speaking on condition his name or position not be used. “The church is the only voice left with any credibility.”

Earlier this month, Patino led a procession through Apatzingan demanding peace. He’s appeared in Mexican media complaining about the Templars’ extortion and other abuses. He recently had the names of dozens of Apatzingan’s killed or missing placed on the altar of the city’s cavernous Cathedral of the Assumption.

The following video of the peace procession was posted to YouTube by Mexican crime blog Grillonautas.

Yet the cathedral’s doors stand open throughout the day. The diocese’s offices tucked behind the church remain unguarded.

“We think that they may take revenge,” Cortes said of the Knights Templar. “There is no security. But they haven’t attacked the church so far.”

Mexico’s religious leaders wield outsized influence in their communities. They offer easy targets should they cross the powers that be.

Gunmen in 1993 pumped 14 bullets at close range into Cardinal Jesus Posadas, the archbishop of Guadalajara, as he arrived at the city’s airport to catch a flight.

Officials said his killers had mistaken the robed 67-year-old cleric for the much younger drug lord Joaquin “El Chapo” Guzman. But many, including Posada’s successor in Guadalajara, alleged a plot against the cardinal by either gangsters, officials or both.

More recently, at least 12 priests and nuns have been murdered in Mexico in the past six years, by the count of a Vatican news agency. Though motives have not been established for all the killings, a handful have been blamed on organized crime.

A village priest from Apatzingan’s diocese who ran afoul of local gangs was murdered 16 months ago. Another cleric disappeared earlier this year in a different region of Michoacan where the Knights Templar have been battling rivals.

Church officials Tuesday confirmed yet another parish priest remains missing since armed men abducted him after Mass in the northeastern state of Tamaulipas, a migrant corridor.

Similarly, assassins last week bludgeoned to death a Michoacan mayor who recently had dared to publicly complain about Templars’ extortion.

“The church should play a role in the issue. But what do you gain by declarations?” said Alfredo Gallegos, 62, a parish priest from a town near Morelia. He’s known as “Padre Pistolas,” famous for never going anywhere without a .45 caliber pistol tucked into his belt. “We have to organize people.”

The Mexican Episcopal Conference, which represents the country’s prelates, has voiced support for Patino. But the conference has scheduled only an hour long discussion of violence during its annual gathering this week outside Mexico City.

Senior church leaders “decided to learn the experiences of the bishops of Michoacan and Guerrero because they are the states where the violence has gotten worse,” Javier Navarro, bishop of the Michoacan city of Zamora, who also has complained publicly of government inaction against the Templars, told a news conference Monday.

Whether Patino’s call will have an impact even in Apatzingan is a riddle. Though most of the 700,000 people in the region were baptized Roman Catholic, only 1 in 5 of them attend mass regularly, Cortes said.

Protestant faiths, particularly the Jehovah’s Witnesses, flourish. Many young people, especially those in the gang life, venerate St. Jude, the patron of lost causes. Or they worship “Santa Muerte” (Holy Death), a modern rendition of an ancient Aztec goddess of the underworld.

Members of the Knights Templar, named after Catholic warrior monks who fought in the Crusades to recapture the Holy Land from Islam in the Middle Ages, profess a spiritual philosophy that stresses devotion to the gang and a strict code of conduct.

Michoacan, not God, holds the center of the Templar creed, Cortes said.

“They were all born in the Catholic church, but they aren’t practicing,” he said of the gangsters.

“They’ve created an ideology that they put in people’s heads. It’s like the Holy War of the Muslims.