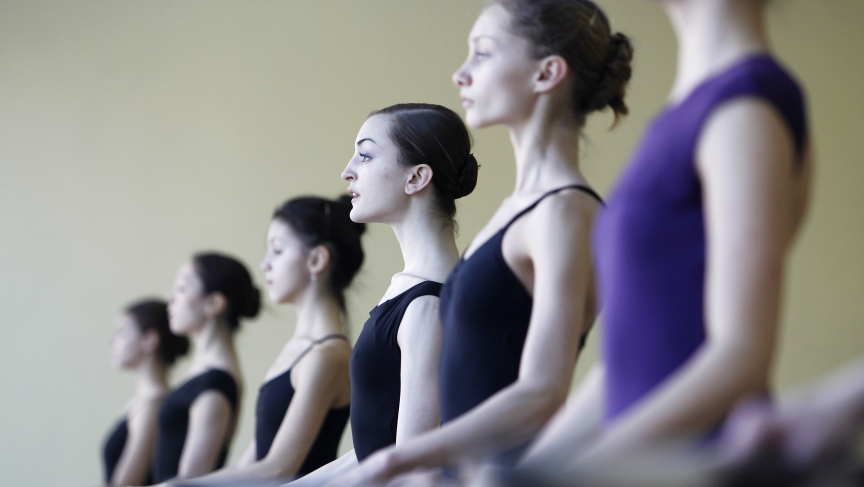 Joy Womack, for years, had dreamed of dancing for the Bolshoi Ballet Company.

So, when she started training at the prestigious Bolshoi Ballet Academy in Moscow in 2010, the first American ever admitted, it seemed like a dream come true. And it was, for a while. In 2012, she was hired by the Bolshoi Ballet Company, one of the most renowned ballet companies in the world.

But this week, the world found out how the dream ended for 19-year-old Womack when she decided to quit the Bolshoi. Womack accused a director there, whom she did not name, of extortion. She told a Russian newspaper that the director insisted she pay $10,000 to secure a solo.

Simon Shuster, a Moscow-based reporter for Time Magazine, interviewed Womack several times and said she has been open about some of the Bolshoi's internal problems. Shuster said Russian media speculated that the Bolshoi director may have thought, since Womack is American, she would be able to pay extortion money.

"It turned out to be the exact opposite," Shuster said. "It seems like she was much less willing to engage in the various politics and interpersonal dramas that play out inside the theater."

Some Bolshoi ballerinas have alleged that, within the Bolshoi, there is a system of "sponsorship," in which ballerinas have sexual relationships with wealthy patrons of the theater. They say if a ballerina has a sponsor, she's more likely to get a lead role. Shuster previously reported on this accusation for an article in Time.

"It is, essentially, part of the Bolshoi tradition going back hundreds of years," Shuster said. "The billionaires and multimillionaires who have the resources to sponsor and finance the theater, they are allowed to attend these galas where, allegedly, directors encourage the ballerinas to develop relationships with them that are sometimes not platonic."

Womack says since she was unwilling to pay a bribe or start a relationship with a sponsor, she wasn't given solo roles in the ballet productions.

The Bolshoi Company has neither confirmed nor denied her allegations, saying she should take her accusations to the police, rather than the media.

Earlier this year, the Bolshoi’s artistic director, Sergei Filin, was nearly blinded when someone threw acid on his face. The man accused of orchestrating the attack, Pavel V. Dmitrichenki, is a former soloist for Bolshoi.

“It seems that the acid attack ... was linked to the kinds of favoritism that go on there,” Shuster said.

Shuster said Russians lament the scandals that often plague the theater. In Womack’s case, some people are accusing the ballerina of just wanting attention.

“They’re extremely proud [of the Bolshoi Ballet],” Shuster said. “When these scandals break, it’s very painful for a lot of members of the public. ... It’s really a part of the national heritage.”

Womack has reportedly moved to another Russian ballet company, and has declined to speak to media organizations beyond the interview in which she revealed her resignation from the Bolshoi.