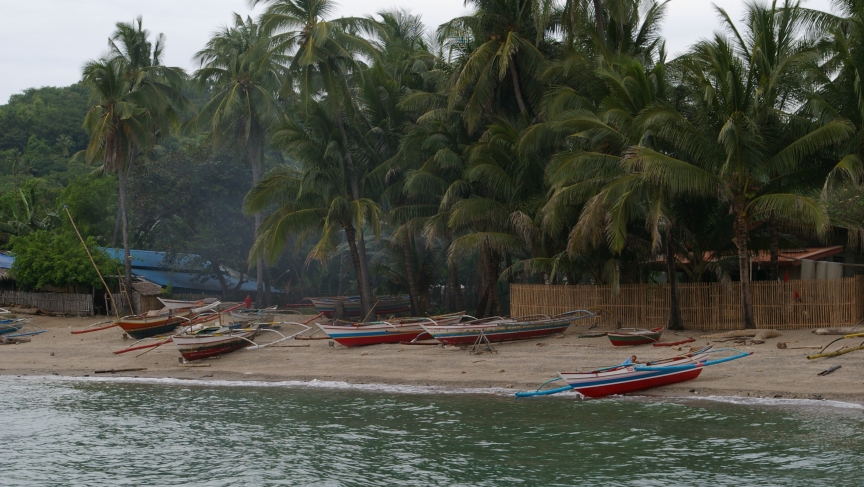 The islands of the Visayas region, pictured here in 2006, were impacted by Typhoon Haiyan.

In 2006, I spent two weeks on a reporting assignment in the Philippines, about 280 miles to the west of Tacloban, working on the islands in what's called the Visayas region. The islands are, without question, one of the most beautiful places I've ever been.

Those islands were also hugely affected by the storm.

Tacloban is getting the lion's share of media attention, but that's because we can get more pictures and details from there. Hundreds of people have also died and are suffering on smaller, more remote islands. We just don't know how many have died, but there are reports of fisherman pulling bodies from the sea.

The Philippines is an archipelago of 7,107 islands, with a combined land mass slightly larger than the state of Arizona. Thousands of those islands are tiny, populated by fishermen who live on the shores. They've lived this way for generations and generations. When I visited, I spent some time on the small island of Nagarao — you could walk the entire perimeter in a half hour.

Reaching an island like Nagarao isn't easy. I took a large plane from the US to Manila, then a connection to the city of Iloilo. From there, I rode a small ferry to another island, where I got on a jeep that travelled several hours across unpaved roads. Finally, we reached the other side of the island, where we boarded a colourful outrigger canoe to reach Nagarao. All told, the journey took three days.

You can imagine the challenges of reaching these smaller islands in difficult times, and transporting massive amounts of food and water to flood victims. On top of that, aid agencies and the government are no doubt struggling to determine and prioritize who most desperately needs these supplies, and where exactly they are.

You can’t just fly in huge amounts of supplies, either. Large, wide planes that carry fuel and food need long runways of 10,000 feet. The Philippines has four such runways in the entire country, according to the CIA's World Fact Book. By comparison, the US has 189. Even relatively large Tacloban doesn't have one of the long runways.

The roads are also a challenge: Only about 25 percent of Philippine roads are paved. By comparison, about two-thirds of the roads are paved in the US, and there are also expressways. The Philippines has the lowest percentage of paved roads compared to its neighbors — Indonesia, Malaysia, Vietnam, Thailand and Singapore.

Many Filipinos are hoping this tragedy will spur the Philippine government to invest in more infrastructure to aid in future recovery efforts and improve the quality of life for Filipinos.

It won’t be easy. The Philippines is not a rich place. The country's per capita GDP sits just below Congo, Honduras, Syria and Mongolia.