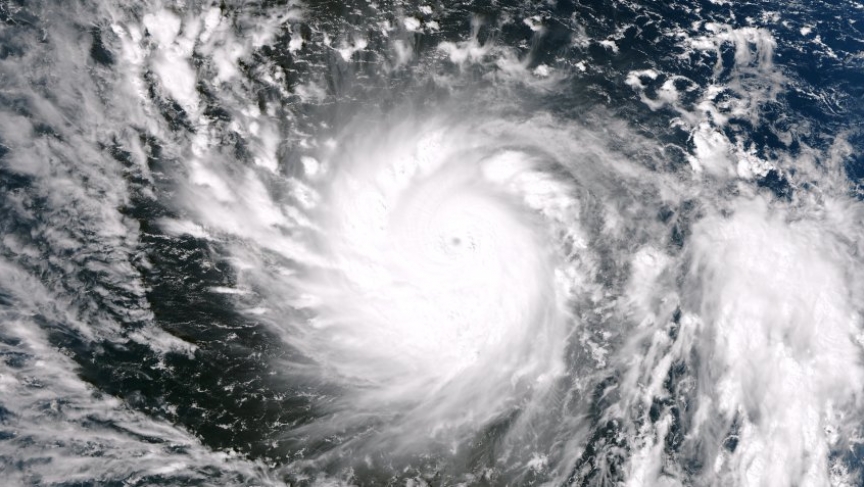 Typhoon Haiyan approached the Philippines. It's easier to appreciate the storm's massive scale from space.

It takes a satellite view to truly understand the scale of the typhoon that devastated the Philippines this month. Der Spiegel has collected some of the most terrible — and beautiful — images of the storm, taken from space.

Leave the storytelling to the elders

Somalia's not a friendly place for journalists, and hasn't been since the country's civil war erupted decades ago.

22 journalists have died in the country this year. Now, The Africa Report reveals a new government proposal that will limit who can be journalists — to those who are at least 40 years old. Journalists in the country are outraged by the new regulations, though the government says local media were invited to help create the rules.

From Glasgow, Scotland, comes an epic tale of municipal sculpture, 19th Century military heroes — and a traffic cone. PRI’s The World has been reporting on the struggle to stop locals from ‘decorating’ a statue of the Duke of Wellington with traffic cones. And while municipal officials say they're determined — and plan to increase the size of the base of the statue so it gets much harder — locals say they're equally determined to keep putting the traffic cone on the duke's head.

News is emerging of an apparent riot by foreign workers in Saudi Arabia — a country with a huge population of foreign workers, many of whom live with little or no access to civil or workplace rights. At least two people died and 68 were injured in the clash in the capital, Riyadh. More than 500 people were arrested. The Guardian has the story.

It isn’t always easy going through life with a distinctive name. Some names, however, do call for a higher moral standard.

So far, however, Singapore’s Batman bin Supaman, an ordinary 23 year old with no superhero powers that we know of, has failed to live up to the lofty expectations his name might suggest. The BBC reports he was recently jailed on drugs and theft charges.

So, how long have you been harassing women?

Reporter Julia Simon got tired of being harassed while walking in public in Cairo, so she pulled out her tape recorder and asked one of her harassers why he did it. The answers were stunning. PRI's The World has the exchange and the heated discussion between Simon and readers that occurred in the comments below the article.

A new definition of 'democracy' RT @zalali: From an actual newspaper in Egypt two days ago. pic.twitter.com/7uTX1nbqnM

A freak storm, being described by locals as a tornado, ripped through three coastal villages in Southwest England over the weekend, damaging homes and even killing a family's chicken. People in the area described a train engine sound as the storm moved through, according to the Plymouth Herald. Some 30 tornadoes a year touch down in the UK, but British meteorologists on Wednesday weren't yet ready to confirm this was one of them. 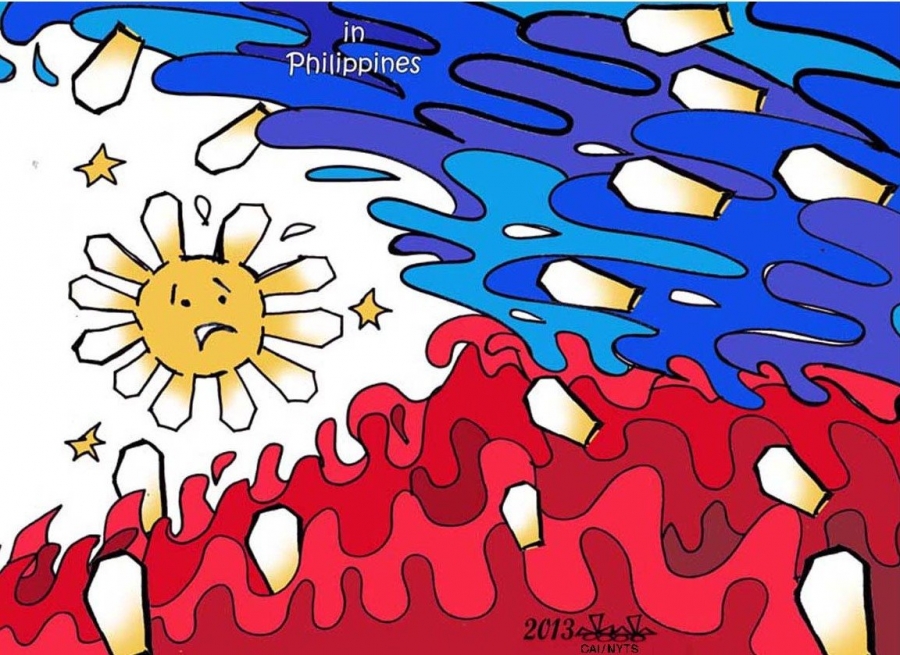 Lebanese cartoonist Hassan Bleibel re-imagines the flag of the Philippines to represent the devastation facing the country after Typhoon Haiyan.