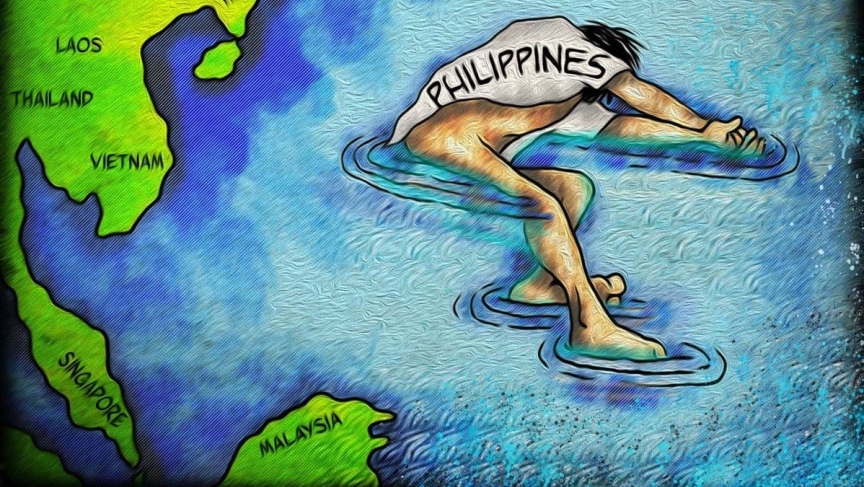 A comment on the typhoon that has devastated parts of the Philippines, caused an untold number of deaths and displaced hundreds of thousands of Filipinos. Cartoon by Allan McDonald of Honduras.

Five days after Typhoon Haiyan struck the Philippines, there's still no sign of aid in many of the worst-hit areas. The Manila Times covers the increasingly desperate situation with a simple headline — ‘Where is The Food?’

Also, Al Jazeera’s Wayne Hay provides an eyewitness description of the destruction, including the rising stench of dead bodies. There is a bit of good news, though, as officials lower the estimate of the death toll to between 2,000 and 2,500.

How to help (and how not to help) the Philippines

As conditions in the Philippines deteriorate, many people outside the country have been tempted to offer their help. PRI's The World has some simple tips on how to assist rather than hinder the relief effort. And if you're thinking about making a donation, check out this list from The New York Times of places to consider donating to.

Moscovites train for the Olympics... in their subway system

On the Moscow subway, there is an easy way and a hard way to pay for your ticket. The easy way involves purchasing a ticket.

The hard way? It helps if you enjoy doing squats. About 30 of them. CNET has the story of Russia's populist approach to preparing for the Sochi Olympics.

Reports are filtering out of North Korea of a wave of coordinated public executions across the country, some for political offenses, such as watching South Korean TV. The Independent has been piecing together what appears to have happened, including a report that 10,000 people were packed into a football stadium to watch some of the executions.

What's the best Arab country to be a woman?

A new Thompson Reuters Foundation survey looks at the status of women in the Arab world and finds that women in Egypt have it the worst. According to an Al Jazeera report, sexual harassment, high rates of female genital cutting and a surge in violence after the Arab Spring put the country at the bottom of the list.

Iraq was ranked second-worst — worse than when Saddam Hussein was in power.

Topping the 22-nation list, as the best place for women, was the tiny Comoros Islands, off the coast of Madagascar, followed by Oman and Kuwait. In the Comoros, women hold 20 percent of the ministerial positions and tend to get land or a home in a divorce.

Would you tattoo the signature of a national hero on your body?

PRI's The World visits Turkey and tells the story of a man who celebrates his country's founder by offering up free tattoos of Mustafa Kemal Ataturk's signature on the anniversary of his death. The man, Danny Garcia, is worried that fewer people are taking him up on his offer these days, because it may signal a tilt away from the secular reforms that Ataturk brought to Turkey.

What's it like to be a Somali family in Norway? One family's story, in cartoon form http://t.co/f1fJRcOyiQ & pic.twitter.com/dQPLOmdnX0

The people of the central Philippines can't catch a break. As they try to pick up the pieces after Super Typhoon Haiyan, a new storm is hitting. According to The Weather Channel, Tropical Depression Zoraida dropped 3" of rain on the battered central Philippines on Tuesday.