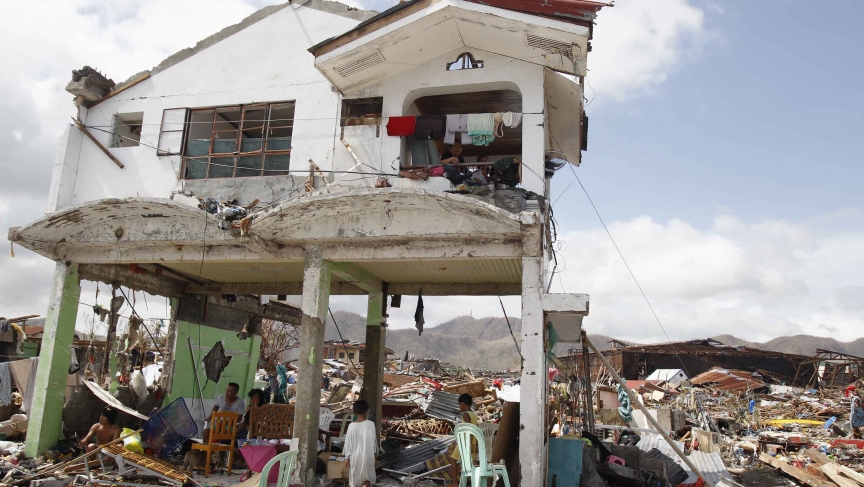 Much of Tacloban City has been reduced to piles of wreckage.

Filipino American Earlbhert Fabella has happy memories of his hometown, Tacloban City. Soon, he'll be putting those memories to the test.

He's headed back to the devastated town to find his mother.

Tacloban City is where Fabella was born and went to nursing school, years before he moved to Fresno, California, where he now works with the Department of Veterans Affairs.

"I'm getting on a plane bound for Manila tonight. A bunch of us, all nurses from the States, we're connecting with the Philippine Red Cross and we're hoping to get into Tacloban as soon as we can," Fabella says. "I'm worried about [my family] because food and water is not being sent to them. The house is still standing, although it is in ruins."

Fabella knows his mother survived the typhoon. But he says he's worried.

"I'm frustrated with the local government and national government response because it's very slow," he says. " And the United States military actually got there before them," he says.

Fabella's Filipina mother worked as a nurse in New Jersey. Three years ago, she decided to retire back home in Tacloban City.

"Her sisters and her family are there, my cousins are there," Fabella says. "She wanted to spend her retirement days with her family."

Fabella's own memories of Tacloban stand in stark contrast to the images flashing across screens around the world today.

"Once you get off the plane, the people greet you with a smile. They're friendly enough to make you think that they're family. The mangoes are to die for. The air is fresh. It is a beautiful place to be in,"  he says.

But he's not clear what might greet him on arrival this time.