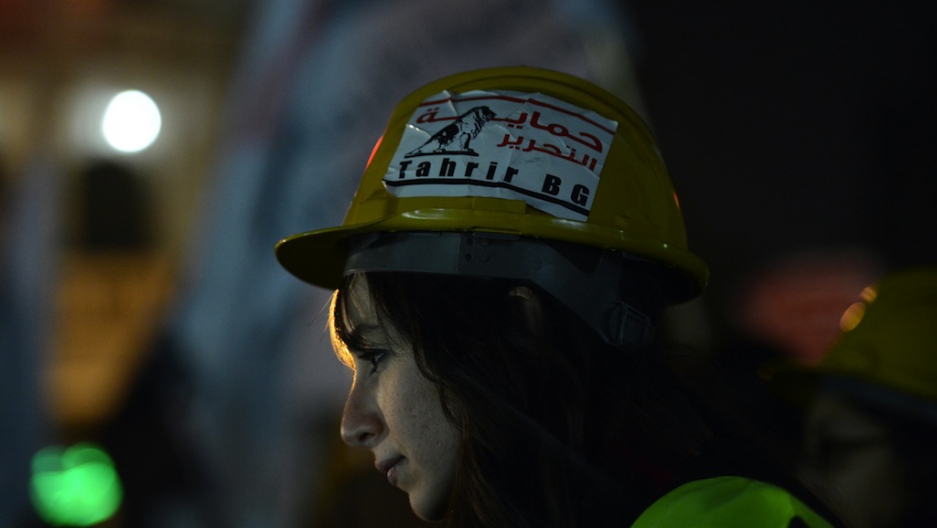 An Egyptian member of the Tahrir Bodyguards group wears a helmet which reads 'protecting Tahrir' during a demonstration against sexual harassment in Cairo on February 12, 2013.
Credit: Khaled Desouki
Share

Egypt is the most difficult country in the Arab world to be a woman, according to a new survey.

A poll of 330 gender experts by the Thomson Reuters Foundation looked at women's rights, treatment and representation in 22 Arab countries.

They cited Egypt's rampant sexual harassment, rising Islamic conservatism and high rates of genital mutilation as reasons why it ranks behind even notoriously repressive countries such as Saudi Arabia and Yemen.

As many as 90 percent of Egyptian women between the ages of 15 and 49 have undergone genital mutilation, according to the latest reliable figures from 2008. Campaigners complain that sexual harassment in Egypt has skyrocketed since the uprising in 2011. Forced marriage and human trafficking are also major problems, respondents told Reuters.

Coming in first place was the island nation of Comoros, which lies in the strait between the African continent and Madagascar.

In Comoros, property is typically awarded to women after a divorce, Reuters said, while 20 percent of the current government cabinet is made up of women. Contraception is also widely available in the country.

This is the Thomas Reuters Foundation's third annual study on women's rights since the Arab uprisings in 2011.

The survey questions were based on provisions in the UN Convention to Eliminate All Forms of Discrimination Against Women (CEDAW). The treaty has been signed or ratified by 19 Arab countries.