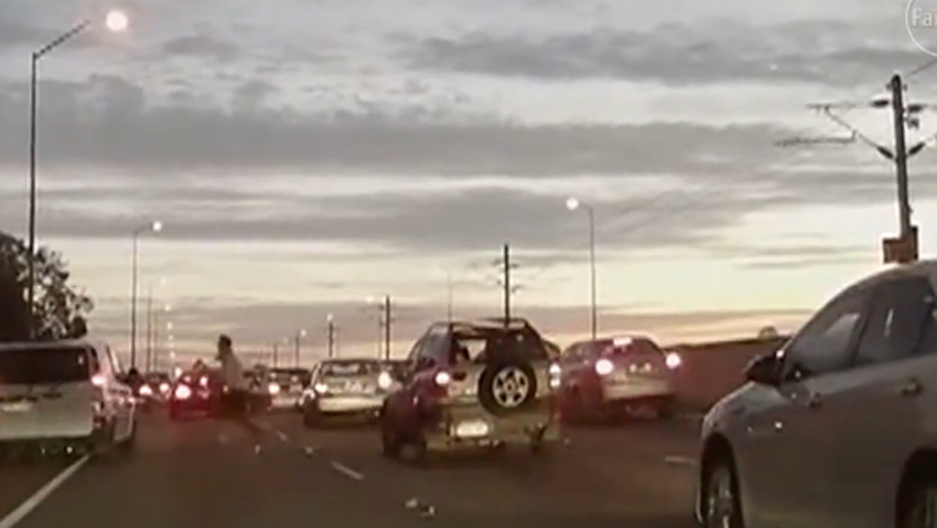 Drivers in western Australia were horrified when a crazed commuter jumped out of his car and began headbutting other vehicles in an apparent act of road rage on Nov. 11, 2013.
Share

Drivers in western Australia were horrified when an enraged commuter suddenly jumped out of his car and began headbutting other vehicles.

It happened during rush hour Monday night on the Kwinana Freeway in Perth.

"It was at about 7 p.m. I was heading down to Freeway South and all the traffic just stopped," one of the motorists, Jordan, told WAToday. "It was like the movie 'World War Z,' where the zombies just run into cars. He was exactly like that and I thought 'Oh sh*t, it's the zombie apocalypse.'"

The scene unfolded after the man crashed his car into an unoccupied Volkswagen sitting in the emergency lane, according to Perth Now.

He then got out and began jumping on and headbutting other vehicles, according to several eye witnesses.

Police were called, and the man was taken to a local hospital for observation.

Police aren't sure yet if drugs or alcohol were involved.

The man does have a history of mental health problems, police told WAToday.