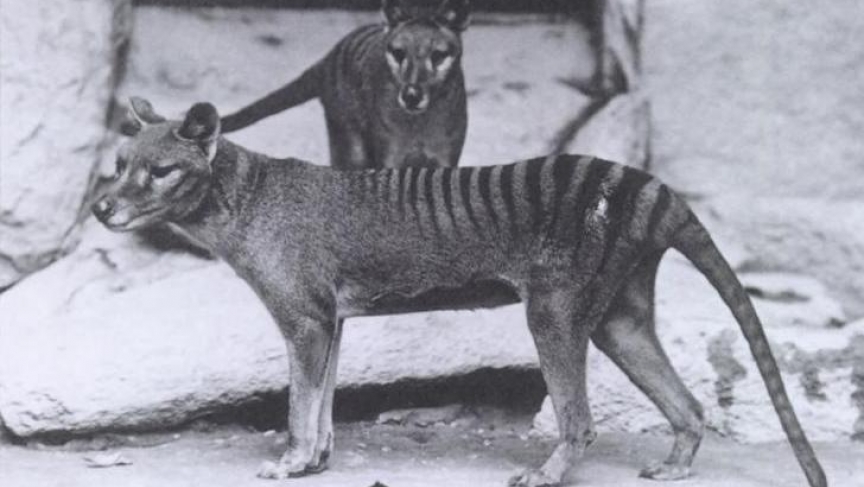 This Tasmanian tiger lived at the National Zoo in Washington, D.C., in 1904.

The Asian tiger is in danger of extinction, the black rhino has almost disappeared and the mountain gorilla’s future doesn’t look too rosy. But today there’s some unexpected good news.

The legendary Tasmanian ‘tassie’ tiger, believed extinct for 80 years, may be alive and yapping in a remote corner of Australia. Perhaps it’s not too late for the yeti and the Loch Ness monster? The Guardian has a report.

The devatastion caused by Typhoon Haiyan, one of the strongest storms in recorded history, is only now beginning to emerge.

The BBC has a story of the desperate messages scrawled by survivors on any material possible, including paper plates. According to ABS-CBN, a state of "national calamity" has been declared in the Philippines in an effort to rush aid to areas badly damaged by Haiyan, which has been called Typhoon Yolanda in the Philippines. As many as 10,000 are feared dead. Haiyan also hit Vietnam over the weekend, where at least 13 people died, according to AccuWeather.

A story of undocumented youth sells out in Denver

A play about life for four undocumented students in Colorado played to sell-out crowds in Denver, recently. Based on a true story, the four youth all started in largely the same place, but evolving circumstances over their adolescence made college a different experience for each of them. Two got green cards and were eligible to go to any college they wanted while qualifying for financial aid. For the other two, community college, if even, seemed more likely until a benefactor stepped forward and paid their tuition to the University of Denver. PRI's The World tell the story.

In the media storm over the latest revelations by former National Security Agency contractor Edward Snowden, one aspect has gotten only minimal coverage. Why did a relatively junior contractor have access to large quantities of the United States’ most sensitive secrets? Sen. John McCain raised the issue in an interview he gave to Germany’s Der Spiegel magazine.

Here's a lesson in lemons and lemonade from Peru. The country‘s Pastoruri glacier is melting so fast as the climate changes, it is no longer suitable as a skiing destination. The solution for the local tourism industry? Reinvention of Pastoruri as a place to witness climate change in action. Scientific American has the details.

Picture a map of the US. Picture the states of California, Nebraska and Connecticut. Of the three, which are entirely south of Canada's border? Got your guess?

Well, if you picked any of the three, you're wrong. All three extend north of Canada's most-southern border point in Lake Ontario. The answer is at PRI's The World's GeoQuiz, with a hat-tip to Ben Leeds Carson for the question.

Other Weather around the world

We've been keeping tabs on Sydney's dry, hot spring, which has spawned fierce wild fires and destruction all around the area. Over the weekend, the area got some much-needed relief — a little more than two inches of rain in two days, according to Sydney's WeatherZone. While that may not seem like much, it's 20 percent more rain than the parched Australian city got in the entire month of March. 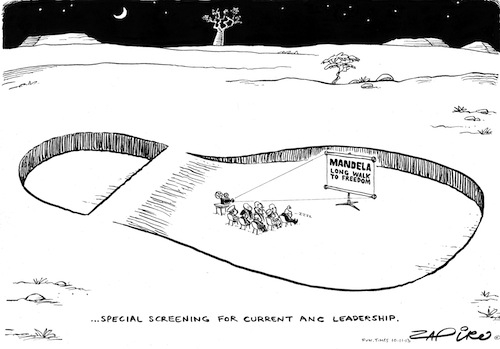 The long-awaited Mandela film, "Long Walk to Freedom," has just premiered in South Africa. The film is based on Mandela's biography of the same name and is considered to be the "definitive" biopic of him. South African satirist Zapiro believes the current ANC leadership could learn a few things from the film.