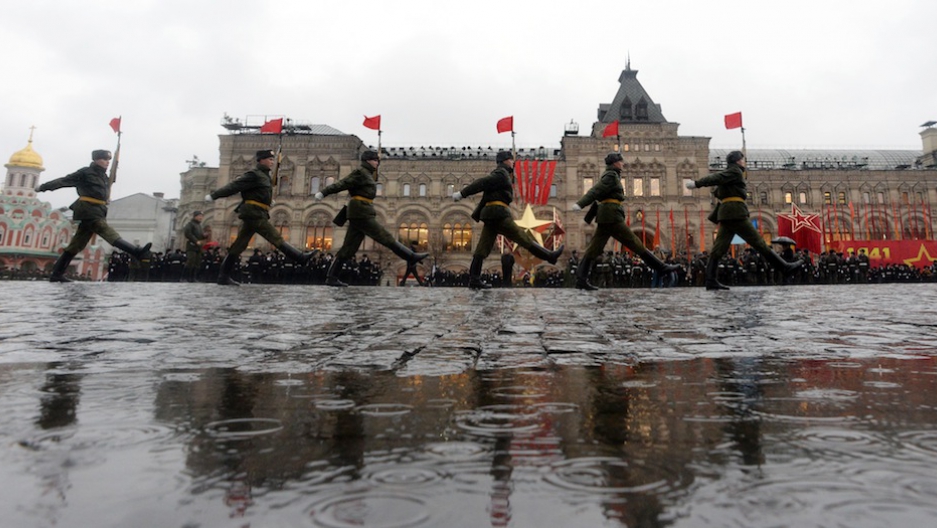 This picture taken on Nov. 5, 2013 shows Russian soldiers marching at Red Square during a rehearsal of an upcoming military parade.
Credit: AFP
Share

A self-mutilating performance artist who nailed his testicles into the cobblestones of Moscow’s Red Square on Sunday has not been charged.

A naked Pyotr Pavlensky spent 90 minutes with a nail driven through his scrotum into the ground in a bizarre stunt aimed at drawing attention to Russia’s “police state” and “political indifference” among its citizens.

The 29-year-old was eventually arrested and taken to hospital for treatment.

Police wanted to charge the artist with “petty hooliganism,” but a court ruled Monday that police documents failed to show he had broken the law.

Pavlensky has reportedly been freed, but it is not clear if police intend to prepare new documents and re-arrest him.

The protest coincided with Police Day.

"When the authorities turn the country into one big prison, openly robbing the populace and channeling funds to increase and enrich the police and other security agencies, society accepts arbitrariness and, having forgotten its advantage in numbers, brings the triumph of the police state closer through its inaction," Pavlensky said in a statement.

This was not the first time Pavlensky had hurt himself in order to draw attention to perceived injustices.

In the summer of 2012 he sewed his lips together in support of the imprisoned Pussy Riot band members. Earlier this year he wrapped his body in barbed wire.

A video of Pavlensky's stomach-churning stunt was posted on Russian media sites.

The video, posted here via The Huffington Post, is extremely graphic and not suitable for work: