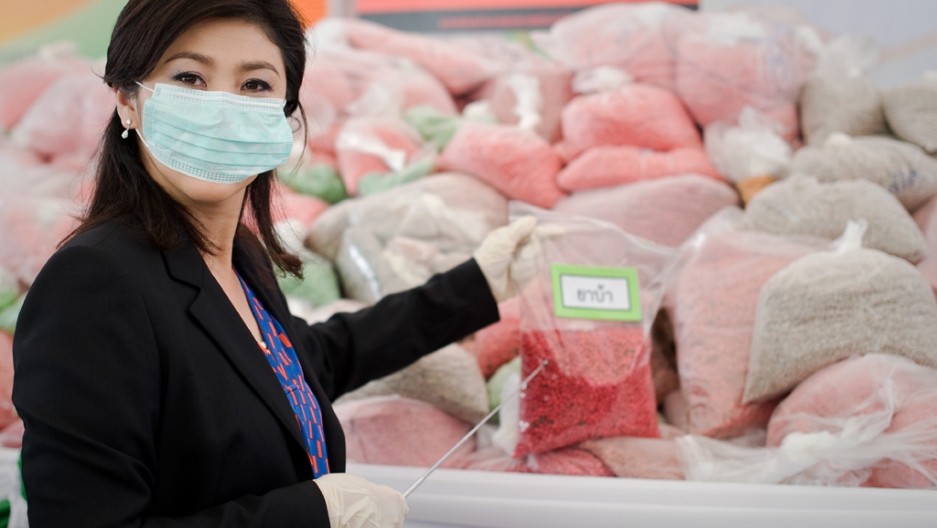 Asia is experiencing an unprecedented boom in methamphetamine seizures according to the United Nations  Office on Drugs and Crime, sparking worries over an increase in the dangerous drug's popularity.

"If you look at the five year trends, since 2008 the seizures have increased pretty exponentially," said UNODC regional analyst Shawn Kelley to AFP. The trend is likely to continue into 2013.

More from GlobalPost: Southeast Asia: More meth-mad than ever

The UNODC report found that over 227 million methamphetamine pills were seizes in East and Southeast Asia in 2012, representing a 60 percent increase from 2011 — and an over seven-fold increase from 2008. 11.6 metric tons of crystal meth were seized as well. That's 12 percent more than in 2011 .

UN researchers suggest that meth use is on the rise in Cambodia, China, Japan, Lao People's Democratic Republic, Myanmar, the Republic of Korea, Thailand and Vietnam, and is likely either the first or second most popular drug in the region.

Over 100 million of the pills were seized in China alone, writes the Voice of America, with Thailand following not far behind for the dubious honor.

UNODC is especially concerned about how easy it is for young users to become addicted to meth, according to UNODC representative Jeremy Douglas, speaking to VOA.

“They’ve been unaware of what they’re taking. They think it’s a nice little pretty pink pill and it’s harmless because it’s a pill and pills are good. So they get into it,” said Douglas to the news service. “The same thing could be happening in some markets where you have lower education levels in relation to crystal meth, as well.”

Here is a United Nations Office of Drugs and Crime documentary on "Yaba," or "the crazy drug."