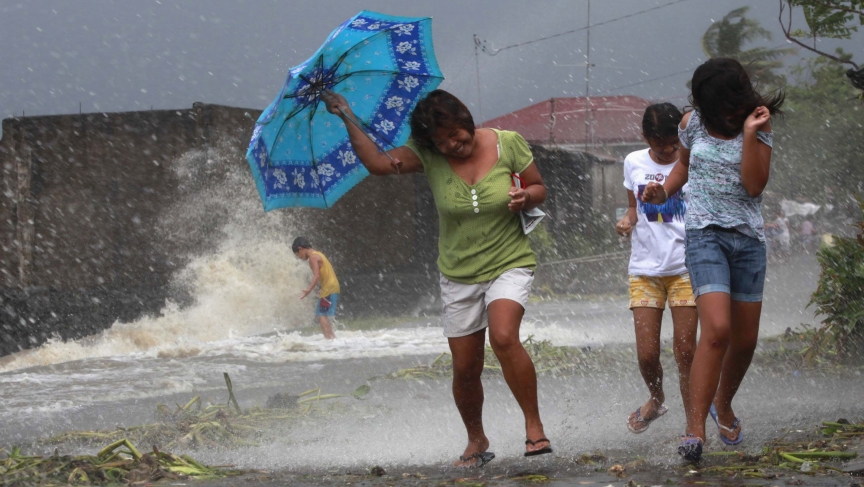 With sustained winds up to 199 mph, Typhoon Haiyan barreled through the central Philippines on Friday. At least three people have died — though that total is expected to climb dramatically as officials reach the hardest hit areas.

Millions have been to seek shelter on the central islands of Leyte and Samar, and the northern tip of Cebu — including Cebu city, the country's second largest.

The BBC reports that, if initial estimates based on satellite images pan out, Typhoon Haiyan would be the most powerful storm ever to make landfall.

British tourist Mark Dashwood is on the Philippine island of Boracay and wasn't able to leave the island before the storm hit.
Dashwood says that the trees there were almost toppled over.

"Some of the roofs on some of the buildings were beginning to peel away and there was a lot of debris flying around."

Dashwood describes the most harrowing part of his experience happened Thursday when I was trying to escape.
"Hundreds of people were trying to do the same thing," he says. "And we were all queueing to get the last few boats that were supplied and people were pushing and screaming."