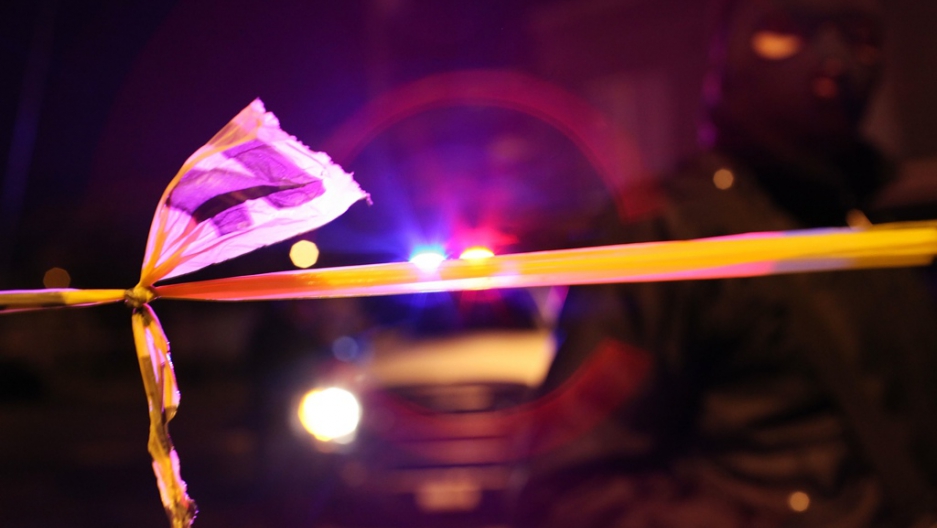 Mexico's drug war grinds on, with help from the US.
Credit: Spencer Platt
Share

MEXICO CITY — Family members and colleagues are demanding an investigation into the mysterious death of a crusading mayor from western Mexico’s gang-dominated Michoacan state.

Ygnacio Lopez, 61, was killed early Thursday in what officials claim was a car accident and family members insist was a kidnap-murder.

A family physician, Lopez was serving his second term as mayor of Santa Ana Maya, a small town near the Michoacan capital of Morelia. He had recently returned home from an 18-day hunger strike outside the Mexican senate, in which he dangerously denounced the gangsters’ extortion of local governments.

“No one can guarantee their own life,” a shrugging Lopez told GlobalPost during the hunger strike in early October. “We are on the knife’s edge. I can be talking with you here today and in a few weeks you could be reading my death notice.”

Lopez joins nearly 50 other mayors and ex-mayors killed amid the hyper-violence that has swept much of the Mexico in the past seven years. Another 30 municipal chief executives have gone missing. As much as 40 percent of Mexico’s 2,400 city halls endure murderous gang threats, according to the National Confederation of Municipalities.

“We demand that the state government solve what seems to be a new instance of organized crime punishing with death a person who ... opposed the criminals’ managing the destiny of his town,” the Association of Local Authorities, one of the confederation’s three components, said in a statement.

Relatives say Lopez had returned home from meetings in Mexico City shortly before midnight Wednesday. But they say he was abducted, along with his pickup truck, as he opened the garage gate, Ricardo Baptista, the association's director, said in an interview Friday.

A passing policeman discovered the gate propped open hours later and alerted the family, Baptista said.
Lopez's body was found inside the truck, wrecked in a ditch, Thursday morning. There were signs that he had been tortured.

A senior prosecutor in nearby Guanajuato state, where Lopez's body was found, told a press conference that coroners had determined that the mayor had died from asphyxiation caused by a blow to the neck.

Rocks stained with Lopez's blood were found near the truck and his body bore a suspiciously large number of bruises, the official said. But he declined to say whether officials thought Lopez had been murdered.

In his interview with GlobalPost last month, Lopez had openly denounced gangland extortion of mayors in a general sense. But he asked for anonymity when detailing the gangsters’ hold on his town, Santa Ana Maya, nestled beside a large scenic lake about 20 miles north of Morelia.

Violence was rare, Lopez said, because the Caballeros Templarios, or Knights Templar, Michoacan’s homegrown gangsters, completely dominated the region. As if to underscore that control, the police chief of a neighboring town was murdered a few days after Lopez spoke with GlobalPost.

“He was playing by the rules, paying the extortion,” Baptista, the mayors association director, said of Lopez. “We don’t understand why he was killed.”

Lopez’s death comes as state and federal officials make yet another attempt to curb the reach of the Knights Templar, which analysts allege have effective control in most of Michoacan’s 133 counties. Thousand of troops and federal police have been deployed to the state in the past six months in a so far ineffective effort to restore order.

The Knights Templar's dominance has sparked a backlash in which well-armed “self-defense” militias have formed in a handful of Michoacan communities to battle the gangsters. The vigilantes have forced some mayors accused of complicity with the gang to flee.

“We recognize that there is extortion, kidnapping, problems linked to organized crime. If you ask me who, or why, then it is just rumor,” Michoacan’s interior secretary, Jaime Mares, told GlobalPost in an interview Wednesday. “We have an obligation to establish a strategy to deal with this problem.

“No government can underestimate or minimize the thing,” Mares said. “But in Michoacan the problems are very localized.”

Former Mexican President Felipe Calderon, a Michoacan native now on a fellowship at Harvard University, weighed in via Twitter. He called on the federal government to take over the investigation of Lopez’s death to prevent a cover-up by state investigators.

“He was on a hunger strike at the senate denouncing police complicity with criminals,” Calderon, who waged a bloody campaign against the drug cartels during his presidency, tweeted Thursday. “Now he’s dead. How could that be?”

“Insecurity in Michoacan won’t be solved as long as the local governments continue refusing to purge police and prosecutors pentrated by organized crime,” Calderon tweeted.