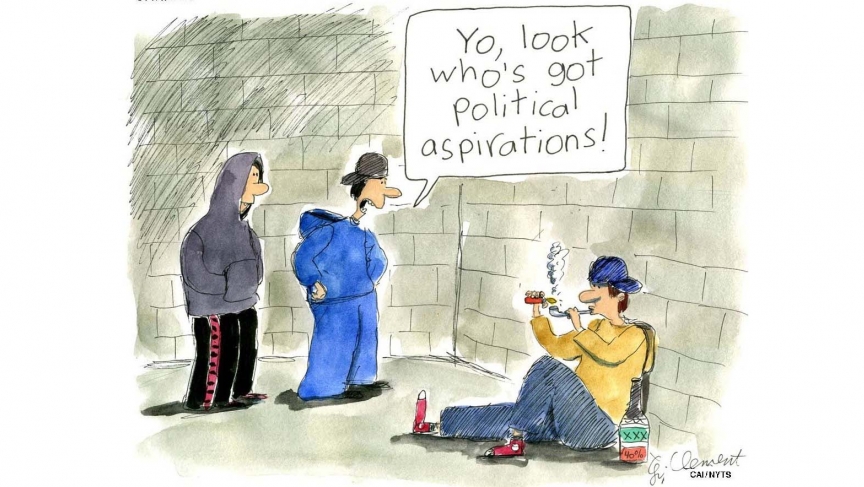 Toronto mayor Rob Ford has become something of a role model for some Canadians as this cartoon by Canada's (very funny) Gary Clement shows.

Officials in Thailand made an odd discovery in abandoned bags at Bangkok's main airport.

A pair of suitcases were left going round and round on the baggage claim belt, drawing the attention of airport officials. They x-rayed the bags and discovered more than 400 endangered tortoises stuffed in the bags. The creatures were brought in on a flight from Bangladesh, Channel News Asia reports. No arrests have been made.

Out in the open — sort of

The fallout over the revelations by Edward Snowden continues. This time, Britain’s security services — MI5, MI6 and GCHQ — have been called before Parliament to explain their actions. The Guardian has been following the story.

Twitter’s IPO priced at $26 this morning and already the stock has climbed to about $46. Trading was running smoothly under the new symbol TWTR.

We've been publishing the daily Global Scan for about a month, and now we need your feedback. Please tell us what you think and how we can improve it through this brief, five-question survey.

And the guns fell silent

News emerged this week that one of Africa’s most notorious rebel groups, the M23 movement of the Democratic Republic of Congo, has been defeated. PRI's The World spoke to freelance photographer Peter Muller, who marched with the troops during the conflict and took stunning photographs. 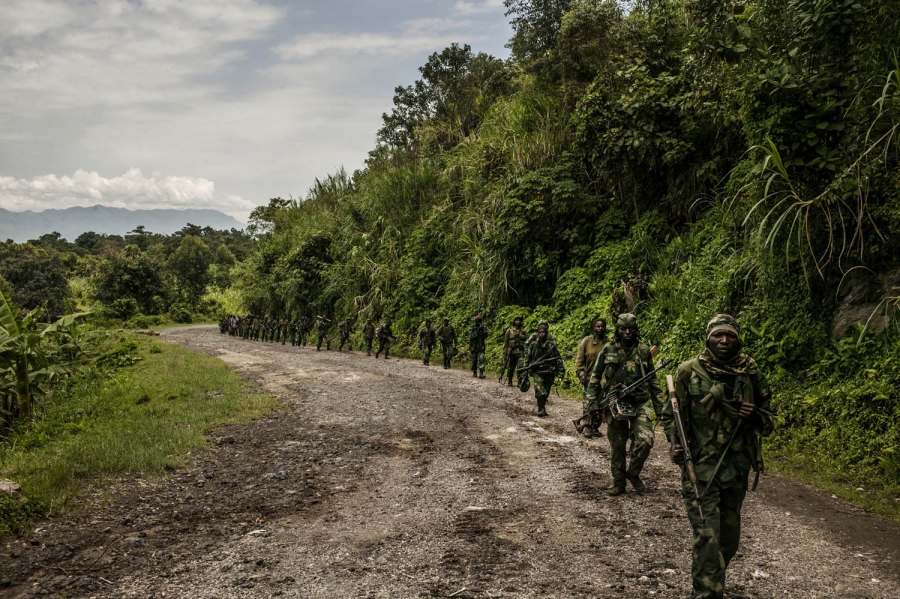 Congolese soldiers advance up the mountainous road toward Bunagana, the last remaining stronghold of the M-23 rebels on Wednesday. (Photo: Pete Muller for the New York Times)

What you never knew about your knee

We’re used to hearing of exotic discoveries from deep in the Amazon, or from the depths of the oceans. This week, however, scientists announced the discovery of a hitherto unnoticed part of the human body, located deep within the knee joint. The BBC has the story of the previously unknown anterolateral ligament.

"What's so awesome about nihilism? Nothing."

PRI's The World takes a look at the twitter account Nein Quarterly — which makes a sport of puns and word play. Its popularity is soaring in Germany and its creator, Eric Jarosinski, a German professor at the University of Pennsylvania, is looking at ways to branch it. He's raising money to turn it into a blog — and he's in discussions to go even further.

French restaurants where your looks decide your seat via @Telegraph http://t.co/Y1JRQn65ec

Australia's long battle with wildfires should calm in the next few days as rains move in and weather cools. The Sydney Morning Herald says rainfall over the next few days is supposed to be the most in four months — with Monday likely to be the wettest day.