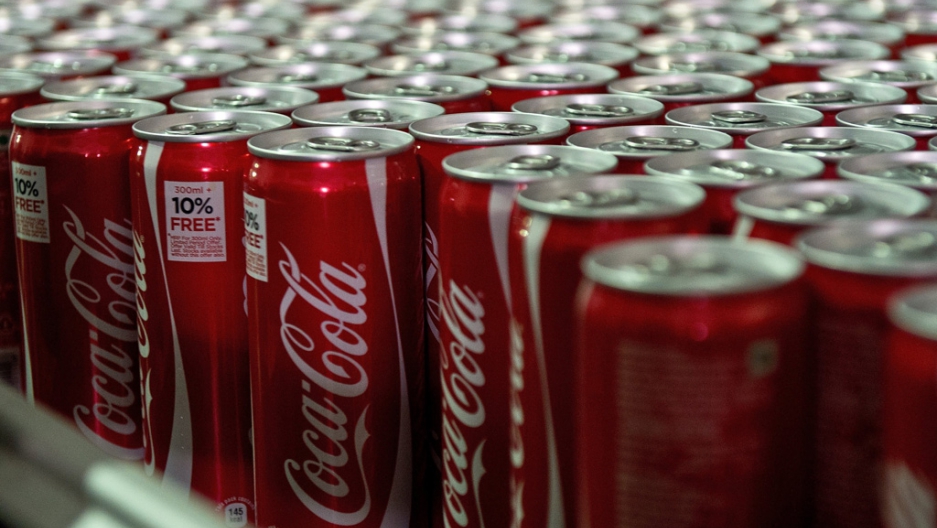 BOSTON — Since February, four of the world’s largest food companies have officially embraced the United Nations' principles on empowering women. Coca-Cola has announced new plans to prevent water pollution among suppliers and Nestle became the first major brand to commit to work with local communities before making agricultural land deals.

The moves come six months after the food giants started working with the nonprofit Oxfam to identify agricultural policies that could be perpetuating hunger, poverty and human rights abuses. As part of the project, called “Behind the Brands,” Oxfam is acting as a sort of consultant to the 10 biggest food companies, including Pepsico, General Mills and Kellogg’s. At the same time, though, Oxfam has been loudly trumpeting the companies’ wrongdoings to the world using petitions and social media campaigns.

Raymond Offenheiser, president of Oxfam America, presented the project’s progress at the American Public Health Association Annual Meeting in Boston this week. His presentation was one of several examining ways the public health community can work with the private sector to tackle issues like hunger and malnutrition.

Fewer than 500 companies control 70 percent of the decisions that make the food system tick, Offenheiser said. They set prices and quality standards, choose which technologies to invest in and determine who along the production chain will bear the greatest risks.

Often, he said, that means CEOs “extract the value of the chain while the risks and costs cascade down onto the weakest participants, most often small farmers and women.”

One illustration of this imbalance: 80 percent of the world’s hungry live in rural areas, where most work as farmers, fishermen and laborers for the food industry.

While all 10 of the companies Oxfam has approached have agreed to meet with the nonprofit, only seven have made adjustments.

Oxfam believes, though, that corporations’ power can be harnessed to help fix what Offenheiser calls a “broken” global food system.

Support for such a solution certainly exists. Nine in 10 consumers say they would boycott a brand if they learned of “irresponsible behavior,” according to a recent survey from Cone Communications. And that’s not just talk. Two-thirds of survey participants said they had switched brands for social or environmental reasons within the past year.

“All of these issues are becoming increasingly important for investors,” Offenheiser said. “If companies are viewed unfavorably or if they’re viewed as being involved in activities that are unpopular at a national level, that can have very real impacts on business.”

The “Behind the Brands” initiative scores companies on fair land use, their approach to women’s rights and what they are doing to prevent climate change — among other things. The scores are updated as companies improve. Offenheiser said the project has created “friendly competition” among brands.

At first glace, some the nonprofit’s push points don’t appear to have anything to do with nutrition or hunger. But many of these issues intertwine. For example, Offenheiser said, equal pay for women is a human rights issue, but providing women with the same access to farming resources as men could increase yields by 20 to 30 percent — enough to feed some 150 million hungry people.

“Women are major parts of production in many of these countries, but they often work longer hours and are paid much less than men,” he said. “It’s also women who are taking care of families and dealing with household nutrition. If they are underpaid, then their children go hungry.”

There are more obvious ways the private sector can address public health, too — like managing production practices or improving food standards. Wenonah Hauter, executive director of the nonprofit organization Food and Water Watch, who also presented at the conference, pointed to the meat industry as an example.

Right now, two of the world’s largest meat producers, Tyson Foods and JBS, are pushing the US Department of Agriculture to raise the limit on how fast it can slaughter chickens, she said. Under the current law, companies can kill 90 to 100 birds per minute. The poultry industry would like to push that to 175. Raising the limit would increase efficiency — and likely profits. But, Hauter warned, it might be bad for consumers’ health; quicker slaughter lines mean less time for inspection.

“Birds are raised with 100,000, 200,000, 300,000 birds crowded together,” said Hauter, who authored the book Foodopoly: The Battle Over the Future of Food and Farming in America. “When they are taken to the slaughter facility there is waste material being splattered on the meat. “

“We’re losing the efficacy of our most important drugs because they are being used to promote growth and stop infections in factory farms where animals are raised in poor conditions,” she said. “We really need the health community to stand up or we are going to have a major public health crisis in the future.”

It’s overwhelming to consider what it might take to “beat these mammoth corporations,” Hauter said.

While the changes that need to be made are formidable, though, both she and Offenheiser agreed that the road to reconciling business bottom lines with public health goals doesn’t have to be fraught with fighting.

When Oxfam approached the food giants about the “Behind the Brands” project, they were amiable, Offenheiser said.

“We told them, ‘We’re going to look at your policies and see how they stack up against global standards,’” he said. “’Would you like us to score you from the outside looking in? Or would you like to have a dialog about what you can fix?”

All of them, Offenheiser reported, said, “Come right in.”

More from GlobalPost: Commentary: And the prize goes to ... genetically modified foods