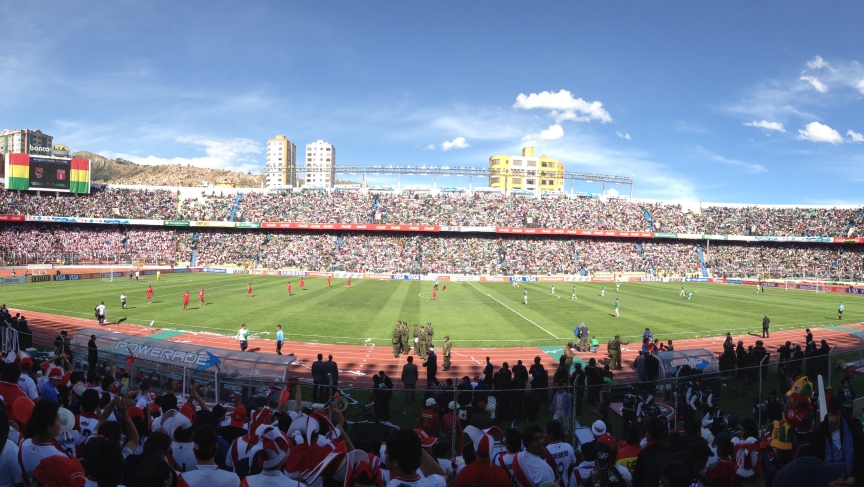 The year was 1994, and Bolivia had punched its ticket to take part in the first and only World Cup appearance in its history. As an added bonus, this invitation-only sporting party was taking place right in my own backyard. To see his national team make it this far was a Bolivian football fan's dream, right? Yet one problem remained: it wasn’t my national team ... yet.

I admit it. Growing up in the United States the son of Bolivian immigrants, the sport of football — or soccer, as it’s known in the US — never really interested me as a youngster. I preferred playground basketball pick-up games with my friends after school. On Sunday afternoons, while my dad was watching Mexican league matches on Spanish-language television with the familiar broadcaster's call— “GOOOOOOOOOAL!!!”—resonating throughout the house, my brother and I would be watching “American” football on the other TV. On our street, nobody set up a pair of rocks to a make makeshift goal to kick around a black-and-white ball on lazy Saturday afternoons. We were the only Bolivian family in our Kansas town, so it was only natural that football didn’t figure much in my early life.

When tickets went on sale for the World Cup in the United States, my dad was already well versed in the ticketing process. He knew which times and travel routes to take in order to see as many matches as possible in Dallas, Texas, the city closest to us. Countless times he asked if I wanted to come along, but I had better things to do. I finally relented for one of the last matches in the First Round, curious to see what the fuss was all about, and with tickets in hand, we made our way to Dallas to see Argentina vs. Bulgaria.

The majority of football fans packed into Dallas’s Cotton Bowl stadium that day were first- or second-generation immigrants, taking full advantage of the opportunity to see their national teams so close to home. For them, football was a gateway to a little piece of familiarity in their adopted homeland. Before, during, and after the match, I craned my neck to soak up as much as I could of the color and rhythm emanating from the multicultural crowd. By the time the whistle sounded with a 2-0 victory for Bulgaria, the so-called “beautiful game” had gained a new fan.

Over the next ten years, my trips to Bolivia became more frequent and lasted a little longer each time, eventually becoming a kind of crash course in being Bolivian, making up for lost time. I met members of my extended family for the first time, pored over old photographs, and heard stories about my grandfather's time as a soldier in the Chaco War. And I started making connections between foods and other cultural references that were commonplace in our Bolivian-American household in the middle of Kansas, and their place of origin.

But ultimately, it was football that best helped me make sense of my bicultural and transnational existence. It also played a major role in my coming to feel like Bolivia was my country too, when I finally moved there permanently in 2007, even though my childhood experiences were quite distinct from those of my local family and friends.

Many of my recent memories from those years travelling back and forth are directly related to football. Since most of the national team’s matches are played in the city of La Paz, I would often take a quick trip from Cochabamba, my family’s city of origin, to see the World Cup qualifying matches. This meant taking an overnight bus, watching the match, and returning on the next overnight bus. All in the name of rooting for the home side hoping to see them return to the footballing world's biggest stage.

These trips were an echo of the ones taken by my father when he was my age. An often-told story is of him taking the back-to-back overnight bus to La Paz to catch a glimpse of arguably the greatest player of all time, when Brazilian titan Pelé‘s Santos team played against the Bolivian club Deportivo Municipal. 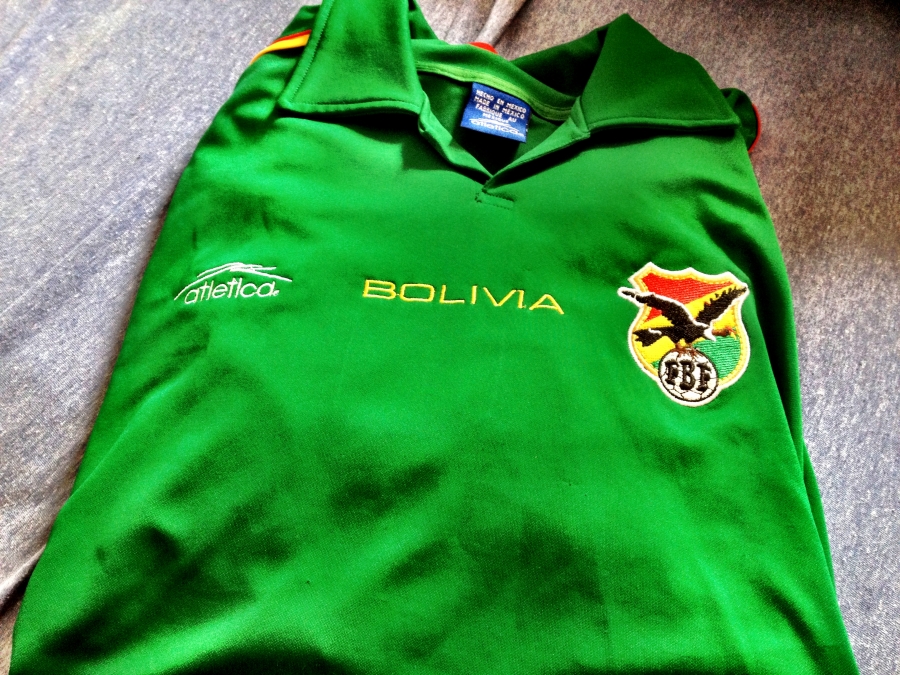 In Bolivia, football made all the difference as Eddie Avila adjusted to his homeland.

I also have memories of city residents pouring into the streets to celebrate a national championship by Jorge Wilstermann, my local club team, which is named after Bolivia’s first commercial pilot. I can only imagine what the scene was like when Bolivia clinched its World Cup spot in 1993 after tieing a match in Quito. My only reference for that wondrous moment comes from my cousins, who speak of the days of jubilation and national holidays that followed this accomplishment. Witnessing Bolivia’s recent 6-1 drubbing of powerhouse Argentina — complete with stars like Messi and Tevez — provided the short-lived sensation that anything was possible.

Some of the less savory aspects of Bolvian football, such as the violence between rival fans and anger toward referees and poor-performing players, remain foreign to me. But even so, I can't imagine what the transition and assimilation to life in Bolivia would have been like without football.

In 2010, good fortune allowed me to travel to South Africa for the World Cup. Here again I followed in my father’s footsteps, maneuvering my way smoothly through the ticketing process in order to catch as many matches as I could. In South Africa, I savored the experience of being among fans from all around the world who share similar feelings of pride for their country through sport. But I did have to content myself with daydreams of what it would have been like to see the Bolivian squad emerge from the tunnel, or hear the goosebump-inducing national anthem play over the stadium loudspeakers.

Another World Cup qualifying cycle is nearly complete, and Bolivia was eliminated months ago for its poor results. We must now set our sights a few years forward, when qualification matches begin for the 2018 World Cup in Russia.

If and when Bolivia wins a place in another World Cup, I’ll definitely be using my ticket-booking prowess to secure a front row seat. And even if we never make it back in my lifetime, I’m still grateful to the sport that allowed me to establish new roots and find commonalities with the millions of other Bolivians who hold onto the same hope, not only for our national team, but for our country.

This story originally appeared on GlobalVoices.