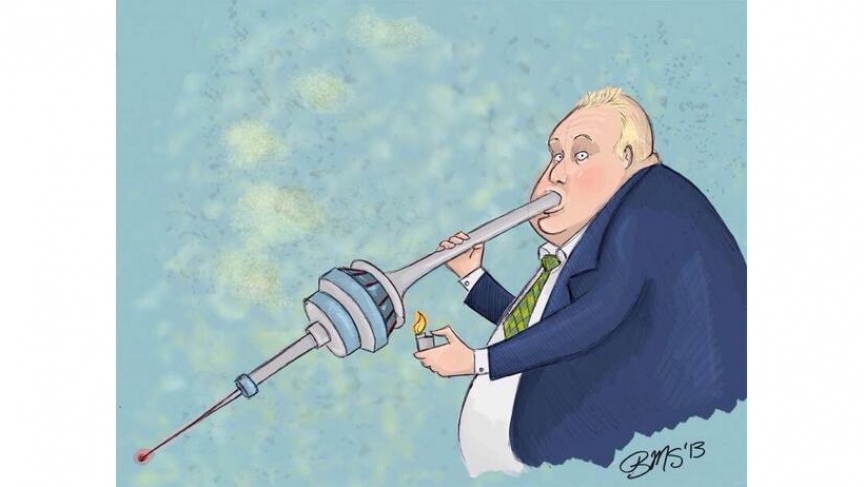 Toronto's iconic CN Tower is turned into a crack pipe in this comment on the city's embattled mayor, Rob Ford, drawn by Britain's Scott McGregor.

Looking for a job in the media? Do you have skills in ‘graphic design, photography, montage, printing, journalism, reporting, media promotion and programming’?

It’s not Silicon Valley, but Syria's Army of Islam has immediate openings for people with the right skills. The BBC has a summary of what they're looking for.

The entrepreneur's guide to piracy

[There’s a] bonus of up to $10,000 for the first man to board a ship and for those bringing their own weapon or ladder.

Even a pirate needs a little business savvy.

Along with the hostage-taking, the ransom negotiating and the uncomfortable working conditions, you’ve also got overhead, staffing issues and tricky shareholders. The Economist looks at the balance sheet behind these pirate businesses.

We've been publishing the daily Global Scan for about a month, and now we need your feedback. Please tell us what you think and how we can improve it through this brief, five question survey.

A country music Elvis? The King lives on, in a cowboy hat

Elvis Otieno is likely the king of country music in Kenya. Of course, there aren't many country musicians in Kenya, or any part of Africa, really. But Kenyans are learning to love the music and their Elvis, as PRI's The World reports.

Some advice for Egypt's Muslim Brotherhood

The trial of former Egyptian President Mohammed Morsi started this week and the Muslim Brotherhood seems to be on the the ropes. Its leaders are arrested or hiding, its assets seized and its activities banned. The Atlantic offers some thoughts on how the Brotherhood might yet regroup to survive and be a force in the future.

Does Flipper know his dorsal from his blowhole?

Der Spiegel investigates one of the claims of the animal kingdom — that dolphins are, simply speaking, brilliant. The german newspaper found, actually, that Flipper isn't nearly as smart as we humans make him out to be.

Never admit a mistake. Just call it a 'Belgian solution'

Belgium is a "special" place, where fences block bike paths and handicapped parking spots block other cars. Elsewhere in the world, these might be seen as mistakes. David Helbich says they're really just uniquely Belgian solutions. PRI's The World has the story, as well as a few more photos. 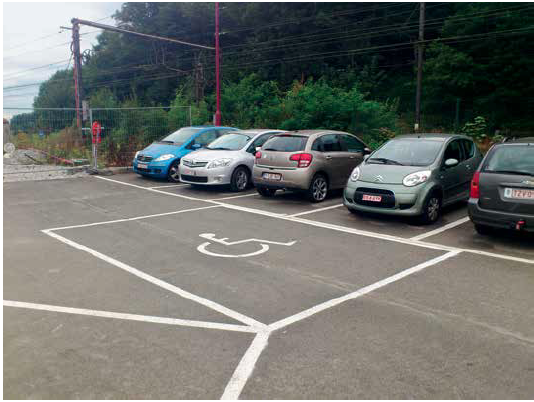 Not exactly what they had in mind.

Super Typhoon Haiyan is making history before it even makes landfall — it's tied as the second most southern storm ever to reach typhoon status. Haiyan is tracking to collide with the central Philippines by Friday and reach Vietnam by Sunday and has winds of up to 150 mph — strong enough to be a Category 4 hurricane were it in the Atlantic. Thousands have been evacuated in advance of what could be the strongest typhoon to hit the Philippines this year, according to AccuWeather.