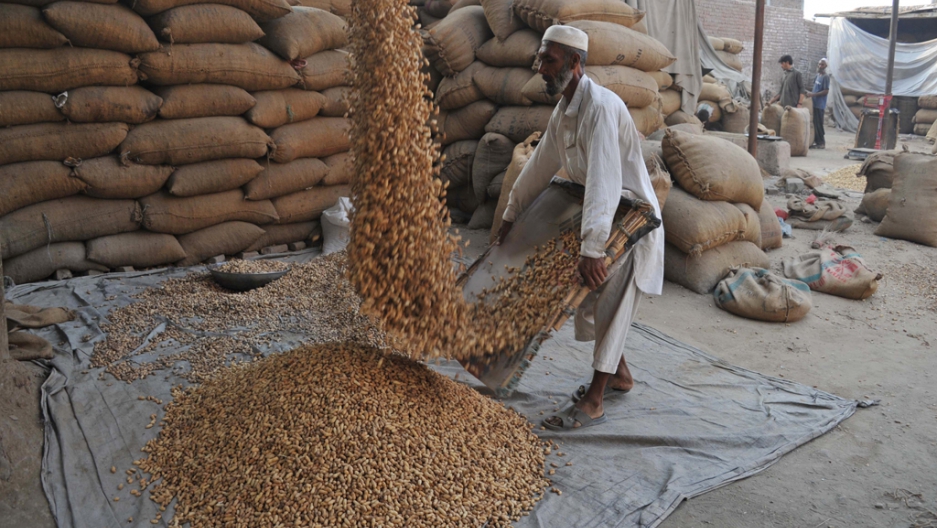 An Afghan laborer works at a peanut factory on the outskirts of Jalalabad.
Credit: Noorullah Shirzada
Share

BUZZARDS BAY, Mass. — Shafi Sharifi is a man with a mission. The enthusiastic, fast-talking spokesman for Alliance in Support of the Afghan People, or ASAP, is determined to convince the American public that his native country deserves continued commitment and assistance.

“Afghanistan has made significant progress over the past 12 years,” he insists. “Millions of kids are in school, many of them girls, when no girls were being educated under the Taliban.

“We have news and satire on television when before we just had the Voice of Sharia. We used to have to walk miles to make a phone call; now every farmer has a cellphone.”

ASAP is the newly launched brainchild of a prominent group of Afghan and international activists, including former United States Ambassador to Kabul Ryan Crocker and perennial feminist Gloria Steinem. The organization, according to its website, is dedicated to “preserving and protecting the gains of the Afghan people.”

A large part of that preservation will involve keeping the aid spigot open. An abrupt cutoff of assistance risks plunging the country into chaos or civil war, according to the World Bank.

But given Afghanistan’s runaway corruption and lack of progress in many important areas such as security and governance, experts question whether sending additional funds makes any sense.

“Afghanistan’s endemic corruption constitutes one of the most serious obstacles to the effective and efficient use of US reconstruction dollars,” writes John Sopko, the special inspector general for Afghanistan reconstruction, or SIGAR, in his latest report, which came out last week.

SIGAR is an independent office created by Congress in 2008 to provide oversight of reconstruction activities in Afghanistan.

The problem is likely to worsen once international forces leave, warns Sopko.

“The drawdown of US combat troops will have an unintended but major impact on the oversight of reconstruction,” he adds. “Nearly 80 percent of Afghanistan may not be readily accessible to US civilian auditors, investigators, and other federal employees by 2015.”

Experts agree that money alone will not transform Afghanistan. Anthony Cordesman of the Center for Strategic and International Studies argues that international assistance is in large measure what enabled some of the country’s deepening problems to begin with.

“Aid and military spending in Afghanistan have been high enough to vastly exceed absorption capacity, produce immense waste, distort the economy and do much to corrupt Afghan society and the government,” he wrote in a recent CSIS report.

ASAP’s Sharifi acknowledges the difficulty, but he insists that Afghanistan is worth the investment.

“While we have made gains, they are extremely fragile,” he says. “If the world abandons Afghanistan again, as it did in the 1990s, the consequences could be catastrophic, not just for Afghanistan but for the whole region.”

The 1979 Soviet invasion of Afghanistan triggered a flood of international assistance to the country’s rebel fighters, as Washington and other nations engaged in a proxy war with Moscow.

The jihad, as it was known, ended in a humiliating defeat for the Soviet superpower, after which the US and its allies walked away.

Afghanistan collapsed into civil war and chaos. The Taliban emerged and took control in 1996. The fundamentalists offered sanctuary to a Saudi billionaire who had helped to fund the jihad against the Soviets. That proved to be their undoing: Osama bin Laden used his Afghan refuge to plan and execute the Sept. 11, 2001 attacks against the US, which, in turn, prompted the US-led invasion and the rout of the Taliban government.

Sharifi and many others fear something similar could happen again. With 2014 fast approaching, international involvement in Afghanistan is in precipitous decline.

This is unquestionably bad news for Afghans.

International aid accounts for about 90 percent of total economic activity in Afghanistan, according to the World Bank.

As the prospect of losing that stimulus looms, many are seizing the opportunity to send their money, their businesses or themselves out of the country in advance of possible collapse.

“Each week tens of millions of dollars — some thought to be diverted American aid or drug money — are packed into suitcases or boxes and loaded onto planes leaving Kabul International Airport for destinations like Dubai, capital flight that is increasing steadily ahead of the 2014 deadline,” The New York Times wrote more than a year ago.

Since 2002, the US has spent nearly $100 billion on Afghan reconstruction. More than half that sum — $54 billion — has been put into training and equipping the Afghan National Security Forces, while the rest has gone for schools, roads, economic development and programs designed to strengthen Afghan democracy.

While the US is by far Afghanistan’s largest donor, other countries have also pitched in. At an international conference in Tokyo in the summer of 2012, more than 70 nations gathered to pledge $16 billion to help Afghanistan through the transition period.

By most accounts, the results have not measured up to the money and effort invested. Even the US Defense Department acknowledges the situation is perilous.

“The insurgency’s safe havens in Pakistan, the limited institutional capacity of the Afghan government, and endemic corruption remain the greatest risks to long-term stability and sustainable security in Afghanistan,” according to a recent Defense Department report on the Afghan transition.

The risks grow with news of assistance money falling into the wrong hands. Last month, Reuters reported SIGAR was on the trail of an Afghan businessman suspected of channeling millions of aid dollars to the Haqqani network, one of the deadliest insurgent groups in the region.

The US Agency for International Development, the government’s foreign aid arm known as USAID, has been heavily involved in Afghan reconstruction, and in promoting a positive view of the country’s progress.

USAID did not respond to requests for comment, but it did furnish a fact sheet touting major accomplishments of the past 12 years. Among them: expanded access to education, with 8 million children in school, up to a third of them girls; increased life expectancy; decreased maternal and infant mortality; advances in women’s rights and expansion of independent media.

But many of these gains may be short-lived, Cordesman warns.

“While there have been some successes in some aspects of Afghan governance and development, they are so limited and fragile they may well not survive beyond 2015,” he wrote.

The need for continued aid from Kabul’s perspective is clear; what is cloudier is what the US has to gain by pouring more money into Afghanistan.

“Afghanistan has long lost its priority in the US effort to defeat the global threat of terrorism and extremism,” Cordesman says. “[Afghans] need to put an end to their often grossly exaggerated opinion of their own strategic importance.”

This has been a continuing problem in negotiations between Kabul and Washington over the bilateral security agreement (BSA) to regulate the numbers and status of US troops after 2014.

Confident that the US needs its cooperation, Afghanistan has made what Washington sees as unreasonable demands over Afghan sovereignty and jurisdiction over remaining US troops.

Last month Secretary of State John Kerry was dispatched to Kabul to try to bully or cajole the Afghan president into line, with some success.

But if Kabul continues to balk, it will have a negative impact on US aid, American lawmakers say.

However, he added, there would be no future assistance to Afghanistan if the BSA is not signed.

But after all the blood and treasure sacrificed on the altar of Afghan reconstruction, it may be an uphill battle to convince US taxpayers that more effort is a good idea.

A Washington Post-ABC News poll this summer showed that only 28 percent of respondents thought the war in Afghanistan had been worth fighting.

They may well decide that the peace is not worth financing either, especially with a teetering fiscal situation at home. A Pew Research poll conducted last winter showed foreign aid is the most popular item to cut in a tight economy.

With 2014 just around the corner, it is make or break time for Afghanistan. Is it a burgeoning if fragile democracy or a sinkhole of waste and corruption? Its future — indeed, its very existence — may well depend on which vision the international community embraces.