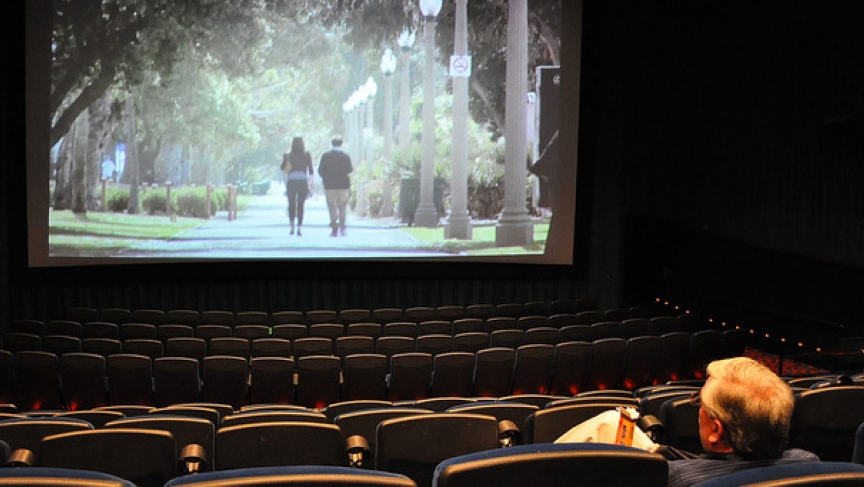 Pay attention the next time you are at the movies. Does it pass the Bechdel test?

Thirty years ago, when cartoonist Alison Bechdel was drumming around for material for her weekly comic strip series Dykes to Watch Out For, she remembered a joke her friend Liz Wallace had made.

"These are three rules I apply when I go to the movies: The movie has to have at least two women in it, who talk to each other, about something besides a man," recalls Alison Bechdel.

That joke became the comic strip that week and the Bechdel (err, Wallace) Test was born.

"You know I'm still confused as to how it became the Bechdel test," says Bechdel.

Yet the test took on a life of its own, complete with a wikipedia page, blogs, a film database and now it's even being used as a rating system for some theaters in Sweden.

"When we find out about this and start to look at the movies we shown in our cinemas, we were shocked," says Ellen Tejle who manages the Cinema Rio in Stockholm, Sweden.

Her theater has started to apply the Bechdel test to all of the movies screening at the cinema. The movies that pass the test get awarded an 'A' for 'approved' or 'Alison' — you take your pick, says Tejle.

Tejle is adamant that the Bechdel rating has nothing to do with whether the film is good or not. "It's not about quality, or if it's a feminist movie or not. It's just passing these questions."

The rating goes on the theater's website and is flashed on the screen before the movie begins.

So, does Bechdel use the test herself to dictate the movies she'll watch?

However, Bechdel feels she has seen progress in film and television over the past 30 years.

"The first thing that pops into my head is the TV show 'Girls' where the women get to be their own, flawed selves," says Bechdel.

We want to hear from you. What film do you think meets the Bechdel test? Tell us in the comments below.