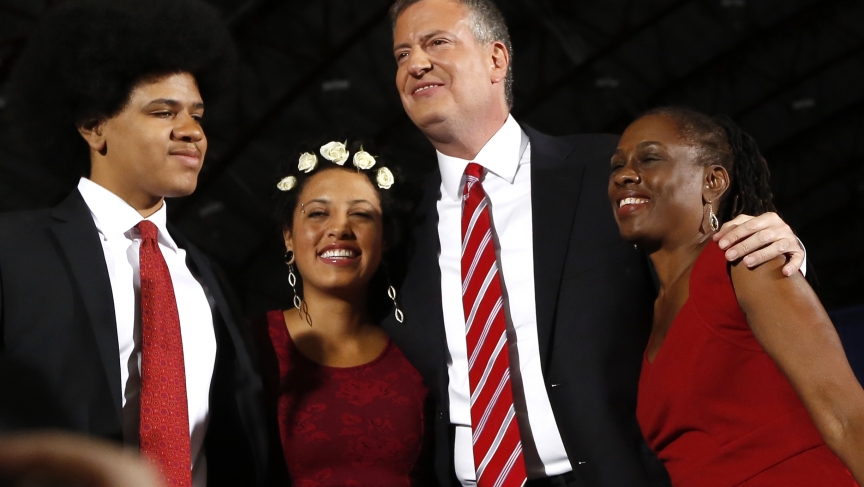 From London to Dubai to Tokyo, all eyes are fixed on how the change in the city known for its big businesses and global connections will affect other international businesses and governments.

“De Blasio is basically challenging the conventional wisdom about big cities that has been in effect for 20, 30 years,” says John Cassidy, staff writer for the New Yorker.

Cassidy says that because of globalization and the possibility for big banks and companies to move around, city governments found themselves shaping their policies to become more attractive and competitive to those businesses.

But de Blasio, Cassidy says, is “challenging that idea head on, saying 'look, these people want to live in New York because it is a great city.'”

As a young man in the 1980s, de Blasio travelled to Nicaragua and became an admirer of the country’s ruling Sandinistas.

“My work was based on trying to create a more fair and inclusive world. I have an activist’s desire to improve people’s lives,” he told the New York Times’ Javier C. Hernandez in September.

But Cassidy believes that all the years that have passed since de Blasio's time in Nicaragua has “changed and matured” him.

We’ll have to wait and see, he adds, how he does as mayor.