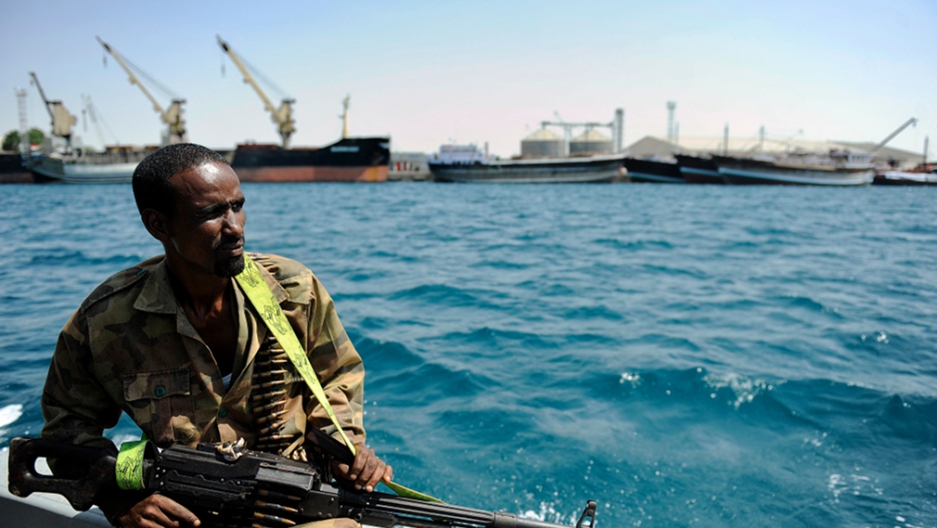 A Somali coastguard returns from a patrol off the coast of Somalia's breakaway Republic of Somaliland on April 30, 2011.
Credit: Tony Karumba
Share

NAIROBI, Kenya — Piracy off the coast of Somalia has been at a low ebb this year but the boat-borne bandits have had a good run, raking in over $400 million in ransom payments since 2005.

That's according to a new report authored by the World Bank, the United Nations Office on Drugs and Crime and Interpol’s Maritime Piracy Task Force.

The big takeaway: It’s not the foot soldiers but the financiers who really benefit from the lucrative and illegal business.

They estimate that the owners of 179 ships hijacked between 2005 and 2012 paid out ransoms totaling between $339 million and $413 million, or an average payment per vessel of around $2.3 million.

It turns out that some pirate attacks were shoestring operations while others, well-equipped with weapons, boats, satellite phones and GPS locators, cost tens of thousands of dollars to launch.

Much of the takings of individual pirates were whittled away on the mild narcotic “khat” and food that is provided on credit during long months of negotiations during which the pirates guard the vessels and their crew, meaning their takeaway was frequently even lower. It was also quickly frittered away on imported SUVs, alcohol and more khat.

Pirates themselves benefitted little, often earning “less than 0.1 percent" of the ransom.

Instead, kingpins at the head of criminal networks with connections across the Horn of Africa and the Gulf were the real beneficiaries of Somali piracy.

The bosses took up to 75 percent of the ransom for themselves, often reinvesting it in a range of criminal activities.

“Unchallenged piracy is not only a menace to stability and security, but it also has the power to corrupt the regional and international economy,” said Stuart Yikona, one of the report’s authors.

Pirate money was laundered through the lucrative and loosely monitored trade in khat, which is grown in Kenya and Ethiopia and chewed by Somalis in Somalia and abroad, as well as through real estate investments.

Although the Al Qaeda-aligned terror group Al Shabaab remains publicly opposed to piracy, the report claims some local commanders received a share of pirate earnings as part of a protection racket that permitted pirate gangs to operate in Shabaab territory.

“The vast amounts of money collected by pirates, and the fact that they have faced virtually no constraint in moving and using their assets have allowed them not only to thrive, but also to develop their capacities on land,” said Tofik Murshudlu of the UNODC.

“These criminal groups and their assets will continue to pose a threat to the stability and security of the Horn of Africa unless long-term structural solutions are implemented to impede their current freedom of movement,” Murshudlu said.

Although pirate kingpins have until now largely avoided prosecution, there are signs that trend is changing.

Last month one of Somalia’s most notorious pirate leaders, Mohamed Abdi Hassan — known locally as Afweyne or “Big Mouth” — was arrested and charged in Belgium after being lured to Brussels.

The report calls for efforts to tackle pirate financing to match those to halt piracy itself.

“The international community has mobilized a naval force to deal with the pirates,” Yikona said. “A similarly managed multinational effort is needed to disrupt and halt the flow of illicit money that circulates in the wake of their activities.”