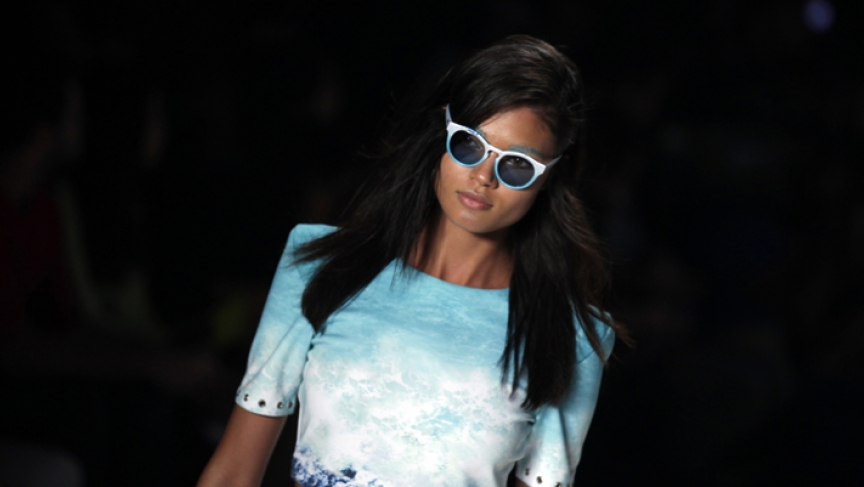 A model presents a creation from the Cola Cola 2013/2014 summer collection during Rio Fashion Week in Rio de Janeiro on April 18, 2013.

Brazil is one of the world's most racially diverse countries. More blacks live in Brazil than in practically any other other nation outside of Africa.

But you wouldn't know it from looking at the nation's catwalk.

Last week, all but two of the models in a São Paulo fashion show “dedicated to Africa” were white. And this isn’t the first time models of color were grossly under-represented in the fashion industry.

Now, some are saying enough is enough.

For decades, diversity advocates have tried to bring attention to the almost total lack of non-white models in the fashion industry. Now, with the help of Rio de Janeiro's public attorney, the NGO Educafro has reached an agreement with Rio Fashion Week organizers to establish a quota for black, Afro-Brazilian and indigenous Brazilian models. At least 10 percent of models will now come from those non-white groups.

A similar agreement was reached with São Paulo Fashion Week organizers back in 2005.

Julia Dias Carneiro, a BBC correspondent based in Rio, says Educafro organizers still feel the percentage is too low, considering the majority of Brazil's population is non-white, but agree it's "better than nothing."

And they're not stopping with the progress they've made.

Carneiro says the group is part of a larger movement to raise awareness of racial discrimination across Brazil. Recently, national universities have begun implementing quotas for black students, and President Dilma Rousseff opened a conference on racial equality in Brasilia this week. Rousseff hopes lawmakers will pass a law reserving 20 percent of government jobs for people of African descent.